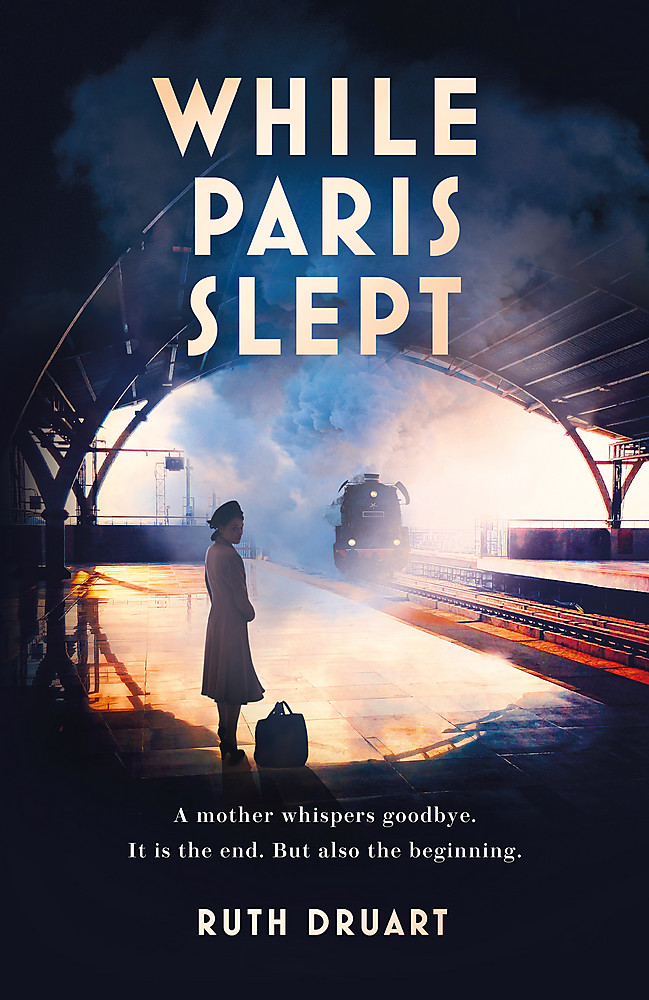 While Paris Slept: The beautiful, heartrending story of a mother in wartime Paris

On a platform in occupied Paris, a mother whispers goodbye.

It is the end.But also the beginning.Beautiful. Powerful. Unforgettable. A stunning portrait of the brutality of war and the tenacity of love. In the tradition of Virginia Baily's Early One Morning and M. L. Stedman's The Light Between Oceans.Santa Cruz 1953. Jean-Luc thought he had left it all behind. The scar on his face a small price to pay for surviving the horrors of Nazi occupation. Now, he has a new life in California, a family. He never expected the past to come knocking on his door.Paris 1944. A young woman's future is torn away in a heartbeat. Herded on to a train bound for Auschwitz, in an act of desperation she entrusts her most precious possession to a stranger. All she has left now is hope.On a darkened platform two destinies become entangled. Their choice will change the future in ways neither could have imagined.Beginning on an ordinary day and ending on an extraordinary one, WHILE PARIS SLEPT is an unforgettable read.'While Paris Slept made me think and cry and rage and smile at mankind's capacity for both beautiful, selfless love and terrible, heartbreaking cruelty. It is at once a story of wartime courage and desperation, and of the many ways in which war reverberates through people's lives for years after the fact. Prepare to be thoroughly engrossed in this compelling book in which four adults and one child grapple with the true meaning of love and family' Natasha Lester 'Both epic and intimate, this unexpected story of two couples' sacrifices in war-torn France had me completely and utterly enraptured. You'll have your heart in your mouth and tears on your cheeks as it reaches its rich, life-affirming conclusion' Louise Candlish 'What a book... Emotional and heartrending...absolutely phenomenal. I was on tenterhooks throughout. A wonderful achievement' Jill Mansell 'A heartbreaking debut, While Paris Slept will appeal to fans of The Light Between Oceans. The novel delves into eternal questions: How far will we go to protect our child? Is love holding tightly or letting go?' Janet Skeslien Charles, author of The Paris Library'A powerful and poignant debut from a brilliant and bold new novelist. Expertly weaving together multiple storylines, author Ruth Druart fills each page with thrilling suspense, uncommon emotional depth, and fascinating characters' Imogen Kealey, author of LiberationEARLY 5 STAR READER REVIEWS FOR WHILE PARIS SLEPT...'This boo

Ruth Druart grew up on the Isle of Wight, moving away at the age of eighteen to study psychology at Leicester University. She has lived in Paris since 1993, where she has followed a career in teaching. She has recently taken a sabbatical, so that she can follow her dream of writing full-time.