A Live Stream with Graham Norton 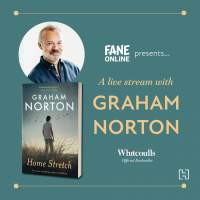 As a hugely successful Friday night BBC1 chat show host with his blend of tongue-in-cheek humour and piercing candour, Graham Norton has captured the hearts of millions. Now, FANE ONLINE with Hachette NZ and Whitcoulls present a very special opportunity for you to tune in live, as he celebrates the publication of his new novel, Home Stretch.

Following on from the success of his first two best-selling novels, this will be Norton’s first Home Stretch event. 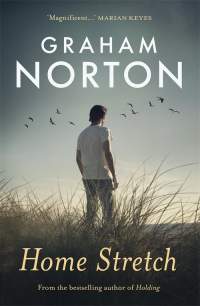 Set in 1987, and a small Irish community is preparing for a wedding. The day before the ceremony a group of young friends, including bride and groom, drive out to the beach. There is an accident. Three survive, but three are killed.

The story focuses on Connor, one of the survivors and the driver of the car, who leaves the only place he knows for another life. Travelling first to Liverpool, then London and then making a home in New York, Connor tries to forget his past. But the secrets and regrets will not be silenced.

Broadcast live, Graham will be discussing his life, career and what inspired him to write Home Stretch. Don’t miss this one-off event to enjoy an evening with one of the UK’s most loved personalities.

The event will initially be broadcast at 5:30AM 28th September NZ time. It will be available to view up to 48 hours after the event has ended and can be accessed Worldwide.

Find out more and buy your tickets