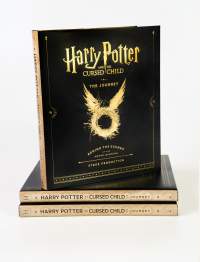 Thank you for your interest in this competition. It has now closed, and the winner is Bess from Pukekohe. Congratulations Bess!

These are the Terms and Conditions (“Terms”) of entry for the Competition, conducted by Hachette New Zealand Pty Ltd (“Hachette”), whose registered office is at Level 2, 23 O’Connell St, Auckland. Please read these Terms carefully because by entering the Competition you are deemed to accept them.

For all enquiries relating to this competition please contact Hachette at: marketing@hachette.co.nz

2.1 1 winner will receive:
• 2x premium tickets to Harry Potter and the Cursed Child, Parts One and Two in Melbourne at the Princess Theatre
• The opportunity to meet members of the cast after the production
• A gift card to cover the cost of return flights to Melbourne, and 1 nights’ accommodation for both the winner and their guest
Prize valid on performances through 2 August 2020. Once the winner is selected, the winner must provide 3 possible dates, and the date with the best available premium seats will be confirmed at the promoter’s discretion. The appearance of any particular cast member cannot be guaranteed. Photography backstage is not permitted.

2.2 If an event that constitutes or forms part of a Prize (“Event”) is cancelled or if the dates for an Event are changed for any reason beyond the control of Hachette and/or any sponsor of a competition or prize, Hachette may substitute another entertainment event or any other reasonably equivalent prize for the Prize, without any penalty or liability whatsoever and as it may determine in its absolute discretion.

2.3 Prizes are not transferable or exchangeable (including for cash). Part or parts of the Prize will not be substituted for other benefits or items at the request of winners.

2.4 If any element of the Prize becomes unavailable for any reason beyond the control of Hachette, a similar prize of equal value will be awarded in lieu.

2.5 Winners (and any person accompanying a winner in relation to a Prize) are responsible for any:

(a) taxes for which they may be liable as a result of winning a Prize; and

2.6 If the Prize includes travel or entry to an Event, any winner aged under 18 must be accompanied on that travel or to that event by a person authorised by the winner’s legal guardian to accompany the winner at their own cost and aged either 18 or over.

3. Entry into the Competition

3.1 Entry is free (subject to any obligation stated in clause 4.1 to purchase a Hachette product) but entrants are responsible for any costs and/or charges they may incur in entering.

3.2 Subject to clauses 3.3 and 3.4, the Competition is only open to individuals who are New Zealand residents.

3.3 Notwithstanding clause 3.2, the Competition is not open to:

(b) any person living outside of New Zealand

(c) employees of Hachette and any subsidiary, parent company, agent or affiliate of Hachette, including a company or organisation that has provided a Prize for a competition, (collectively, “Affiliates”); or

(d) members of the immediate families of employees of Hachette and Affiliates.

3.4 Notwithstanding anything in clauses 3.2 or 3.3, the Competition is not open to anyone under the age of 18 if the Prize is or includes:

(a) any alcoholic beverage or product;

(b) any service or product that by law is unavailable to persons aged under 18; or

(c) an Event where the Event is not open to a person under the age of 18.

4. How to Enter
4.1 Entrants must upload proof of purchase of Harry Potter and the Cursed Child: The Journey: Behind the Scenes of the Award-Winning Stage Production to enter the competition located at https://www.hachette.co.nz/news--events/be-in-to-win-a-trip-to-harry-potter-and-the-cursed-child-in-melbourne/

4.2 Entrants may enter once per purchased copy of Harry Potter and the Cursed Child: The Journey: Behind the Scenes of the Award-Winning Stage Production.

4.3 The following entries will be invalid:

(a) entries received outside the Competition Period;

(b) entries that duplicate or nearly duplicate another entry that the entrant has submitted;

(d) entries that Hachette, in its sole discretion, determines fraudulent (including entries that misrepresent the eligibility of the entrant); and

4.4 Hachette may, in its sole discretion, disqualify any entry that in its view is (or is potentially) objectionable, including (without limitation) any entry that:

(a) is not reasonably comprehensible;

(b) is obscene, defamatory, insulting, discriminatory and/or inflammatory;

(c) infringes on the intellectual property rights of any third party;

(e) is generally damaging to the goodwill and/or reputation of Hachette and/or any sponsor of the Competition or Prize and/or of any Affiliate.

5.1 Winner[s] will be selected on the basis of entry that is the most original or creative from all correct, valid and eligible entries received.

5.2 All decisions of Hachette and/or the competition judges (including in relation to the selection of a winner or winners) are final and binding on entrants in all respects, and no correspondence will be entered into.

5.3 Winners will be contacted via email within 3 days of judging the Competition.

5.4 Publication of the names of winners by Hachette is not determinative and the Prize will only be awarded subject to confirmation by Hachette that a winner has complied with these Terms.

5.5 A Prize may be forfeited (with no substitute offered) and an alternative winner or winners selected in accordance with the winner selection procedure set out above if a winner:

(a) does not successfully respond to notification of having won a Prize before 14th February 2020.

(b) does not accept an element of the Prize as arranged with Hachette;

(d) does not or cannot provide Hachette with proof of identity and/or residence if requested by Hachette to do so; or

(e) does not comply with any other Term of the competition.

5.6 Hachette reserves the right to withhold a Prize from any entrant who Hachette, in its absolute discretion, determines:

(a) has not met any of the criteria set out in these Terms;

(b) is not in a mental or physical condition to safely use the Prize or attend an Event; and/or

(c) has engaged in any behaviour that jeopardises the fair and proper conduct of the Competition.

5.7 Hachette reserves the right, in its absolute discretion but subject to relevant State and/or Territory law, to cancel the Competition and not award any Prize:

(a) (for competitions that are judged either in whole or in part on the merit of entries) if no entry of sufficient merit is received; and/or

(b) if Hachette is unable to proceed with the Competition (including any judging and/or draw) as a result of circumstances beyond its control including, without limitation, vandalism, hacking, computer virus or bugs, server breakdown, acts of terrorism, acts of God, civil unrest, strikes and power failures.

6.1 By entering, you grant us and our Affiliates an irrevocable, non-exclusive, royalty-free, worldwide and transferable licence to publish your entry and name and the right to sub-license use of your entry and name to our promotion partners (as applicable) for other uses, including broadcast.

6.2 Entrants promise that entries will be original and will not infringe any third-party intellectual property rights (including copyright and trade marks) and will not breach any obligation of confidentiality.

6.3 Winners may be photographed and/or filmed at any Event and during any event associated with the delivery or handing over of a Prize, and entrants grant to Hachette and Affiliates the right to take and to publish such photographs and/or footage and to use an entrant’s name for promotional purposes without additional payment from Hachette or any third party or additional consent having to be obtained by Hachette or any third party.

6.4 To the maximum extent permissible by law:

(a) Hachette takes no responsibility and makes no warranties or representations, express or implied, in relation to any Prize, including but not limited to warranties of reliability, merchantability or fitness for a particular purpose;

(b) entrants waive any right to claim from Hachette for any disappointment, costs, expenses, loss or damage suffered that arises out of or in connection with the possession or use of a Prize; and

(c) all liability for any defects whatsoever in or relating to the Prize remains with the relevant supplier or manufacturer or, in the case of an Event, the person or organisation holding or running that Event.

6.5 Hachette, any Affiliate and any operator of any social media platform through which the Competition is conducted are not and will not be responsible for any lost, late, illegible, incomplete, postage due, misdirected or mutilated mail, any electronic miscommunications or failures, technical hardware or software failures of any kind, lost or unavailable connections, or failed incomplete, garbled or delayed computer or mobile phone transmissions (or any other event outside the reasonable control of Hachette, any Affiliate or any social media platform through which the Competition is conducted) which may limit or prevent an entrant’s ability to participate in the Competition and/or collect, receive or be notified of any Prize and/or which results in any damage to, delay of or loss of a Prize during or after delivery.

6.6 Hachette, any Affiliate and any operator of any social media platform through which the Competition is conducted will not be responsible for:

(a) any Prize lost, damaged or stolen in transit once it has left the possession of Hachette and/or an Affiliate; or

(b) any failure or inability on the part of a winner to attend an Event.

6.7 Winners are responsible for insuring against their own losses for loss, damage or theft during transit and/or for their inability to attend an Event.

6.8 Entrants release Hachette, Affiliates and any social media platform through which the Competition is conducted (including all directors, officers, employees, attorneys, agents and representatives) from, and hold harmless for, any damage, injury, death, loss, claim, action, demand or other liability that may arise from:

(a) the Entrant’s acceptance and/or use of a Prize (including any misuse or malfunction); and/or

(b) the Entrant’s participation in this Competition and/or attendance at an Event.

6.9 Winning entrants and/or persons accompanying a winning entrant to an Event may be required by Hachette and/or an Affiliate and/or the operator of any social media platform through which the Competition is conducted to sign a written release covering the types of matter set out in clause 5.15. The form of such a release may be determined, in their absolute discretion, by Hachette and/or an Affiliate.

7.1 As part of the process of running the Competition and awarding and delivering a Prize, Hachette may collect personal information of entrants, including name, email address, residential address, contact phone number/s, date of birth and gender (“Personal Information”).

7.2 Except as otherwise provided under clause 6, any Personal Information of entrants will be used by Hachette:

(a) for the purpose of conducting and promoting the Competition (including verifying eligibility, delivering a Prize and complying with any applicable Commonwealth, State or Territory law); but otherwise

7.3 Any request to access, update and/or correct Personal Information should be directed to Hachette by email to marketing@hachette.co.nz

(a) to comply with all reasonable conditions of use of a Prize and any reasonable requirements of any person or organisation that supplies a Prize.

(b) to conform to all applicable New Zealand laws and regulations; and

8.2 A failure by Hachette to enforce, or a waiver by Hachette of, any one or all of these Terms will not give rise to any claim or right of action by any person or entrant.

8.3 These Terms constitute the entire agreement between the entrants and Hachette and supersedes and extinguishes any previous agreements, arrangements and understandings between them, whether written or oral, relating to the competition or any other subject matter set out in these Terms.

8.4 These Terms are governed by the laws of New Zealand and are subject to the exclusive jurisdiction of the courts in New Zealand. 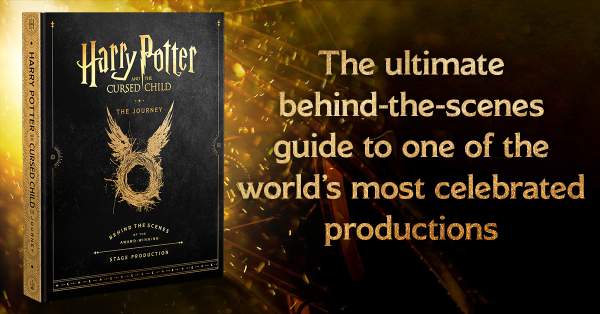 We are looking for a book-loving Account Manager, find out more if this job is right for you.