SONNY BILL WILLIAMS TO PUBLISH HIS AUTOBIOGRAPHY ON 29 SEPTEMBER 2021 WITH HACHETTE NEW ZEALAND, HACHETTE AUSTRALIA, AND HODDER UK IN WORLDWIDE DEAL WITH THE FORDHAM COMPANY 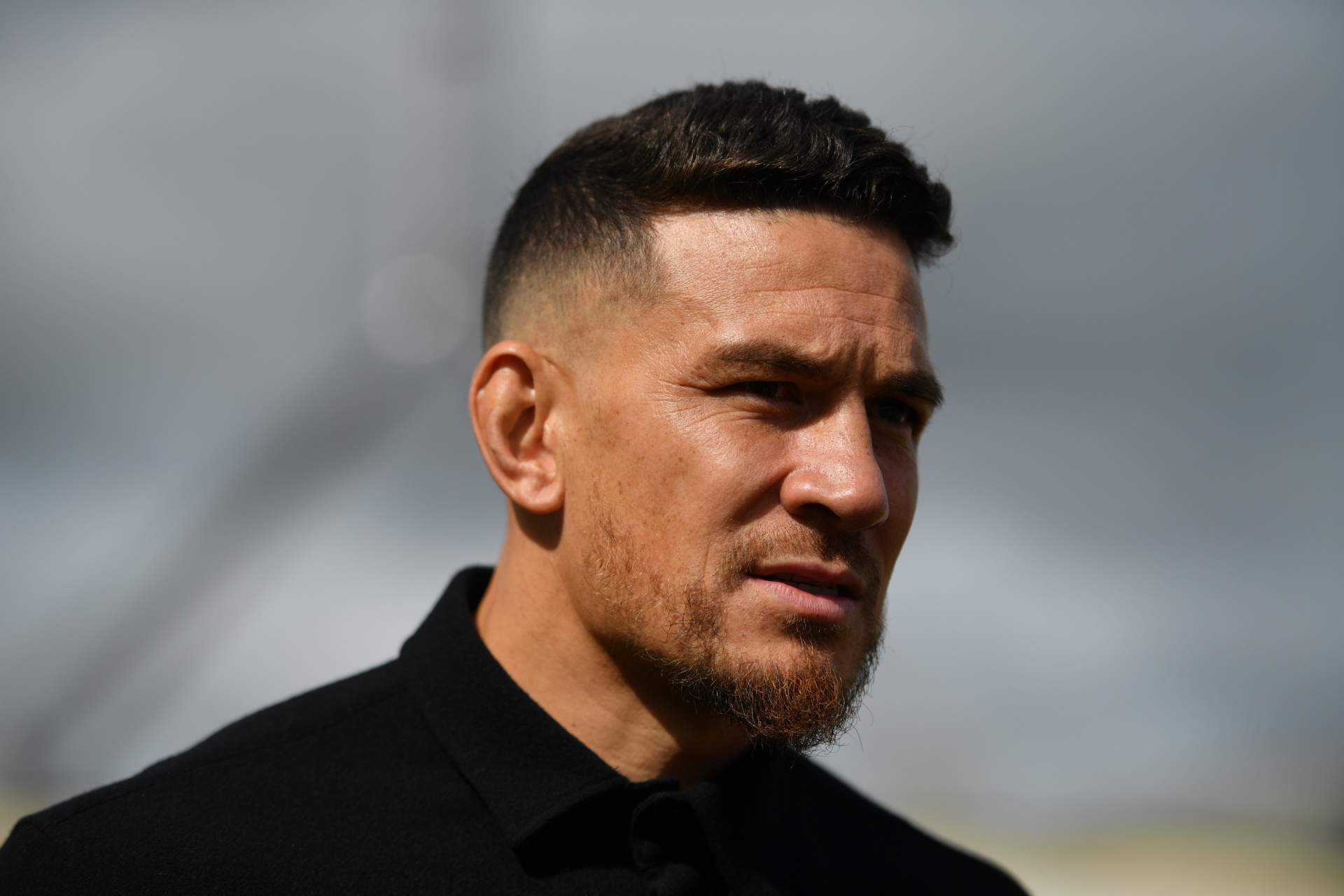 For the first time ever, Sonny Bill Williams is telling his story.

Never before has Sonny Bill Williams told his story, using his words and offering his thoughts about his life. Until now. Working with renowned author Alan Duff, whose bestselling Once Were Warriors became a box-office success around the world, these two New Zealand legends are combining forces to create the must-read autobiography of 2021.

A much-decorated athlete – in Rugby League, Rugby Union and Boxing – Sonny Bill Williams has built an incredible career and sporting reputation across the globe. His athleticism has taken him from Auckland, where he grew up, to the highest sporting moments in Twickenham, Eden Park and Sydney’s Olympic Stadium. But there is so much more to Sonny Bill Williams’ life and journey than his on-field and in-the-ring triumphs.

Sonny Bill’s love of family, his faith, his skill and performance throughout his unparalleled sporting career, his ability to unite a team under pressure, his grace in owning his mistakes, the challenges of leaving home as a young man and dealing with a negative culture and the temptations that followed, and his courage in speaking out for the vulnerable and calling out injustice are all aspects of an inspiring life story.

Sonny Bill Williams was the first Muslim to play for the All Blacks. Driven by a fierce moral compass, Sonny Bill Williams thoughtfully and authentically uses his standing and platform as both a UNICEF Ambassador and an elite sportsperson to speak out on political issues that confront the world today and to benefit those struggling in life. He is a dedicated family man, devoted to his faith, committed to his teammates, respectful of his fans and aware that the path he has taken can inspire and empower others.

Sonny Bill Williams says: ‘Telling my story is not something that is easy for me. But I know there are young kids who are growing up dreaming of a different life to the one they are living every day. Dreaming of being the best they can be in sport or conquering the world in other ways. And so, sharing my story, the good and bad of it, is to help them and to inspire others. To show that hard work and focus can make a difference. And to also show that you need to follow your heart and your own moral compass and if you do, change can happen. Working together with Alan Duff and Hachette means I know my story will be told the right way.’

Nick Fordham, CEO of The Fordham Company, who brokered the deal on behalf of Williams said, ‘I have negotiated numerous book deals, but this certainly was one of the most intensely contested book negotiations I have ever been involved in. That is simply a reflection of the incredible weight of SBW and his standing in the global sporting community. On behalf of Sonny and his manager, Khoder Nasser, we’re looking forward to working with Hachette and Alan Duff.’

Alan Duff says: ‘I am honored to be working with Sonny. He is not only the definition of number one in sports, but, of more importance, a good and humble man.’

Hachette Australia Head of Non-Fiction, Vanessa Radnidge, says: ‘Everyone at Hachette in Australia, New Zealand and the UK is delighted to have won the right to collaborate with Sonny Bill Williams to publish his autobiography. Co-written with the brilliant Alan Duff, the book will outline the compelling evolution of Sonny Bill Williams the athlete and the man and will be a powerful memoir about his faith, family and finding his way to become one of the world’s greatest sports stars.’

Hachette New Zealand Managing Director, Melanee Winder, says: ‘Hachette NZ are delighted to be working alongside our Australian colleagues in bringing Sonny Bill Williams’ story to his many fans on both sides of the Tasman. SBW is a sporting superhero but there is so much more to this national icon than just his sporting prowess and Alan Duff is the perfect writer to join forces with SBW for this project. This book looks set to be the next step in this remarkable man’s career.’

Sonny Bill Williams (SBW) is a once in a hundred-year athlete with immense sporting talent. He has been a national and international champion across Rugby Union, Rugby League and Boxing. Williams began his career in Rugby League, and has played in the Australian NRL with the Canterbury-Bankstown Bulldogs and the Sydney Roosters. He has played for the Toronto Wolfpack in Super League and has played Rugby Union for Toulon in France, Canterbury, Counties Manukau, the Crusaders, the Chiefs and the Blues in New Zealand and the Panasonic Wild Knights in Japan. He has won 58 caps for the New Zealand All Blacks and was a member of the teams that won the 2011 and 2015 Rugby Union World Cups. He has also played Rugby Sevens for New Zealand, competing in the 2015–16 World Rugby Sevens Series and the 2016 Olympics. Williams has boxed professionally seven times, winning all of his heavyweight bouts. He was the New Zealand Professional Boxing Association (NZPBA) Heavyweight Champion and World Boxing Association (WBA) International Heavyweight Champion. Away from sport, Sonny Bill Williams focuses on his family, his Islamic faith and is very involved in charity work and promoting social justice.

Alan Duff is a novelist, columnist, advocate and businessperson. His first published novel, Once Were Warriors, was a critical and commercial success, and was subsequently made into an award-winning feature film. Alan has published several novels and has written for radio and as a newspaper columnist. Duff has been an outspoken commentator on Maori affairs and was the driving force behind the New Zealand Books in Homes scheme, which aims to make books available to underprivileged children at minimal cost. 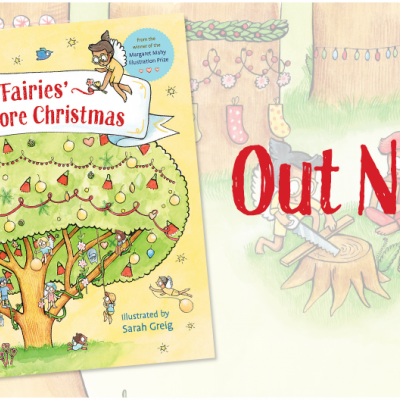 The Fairies' Night Before Christmas 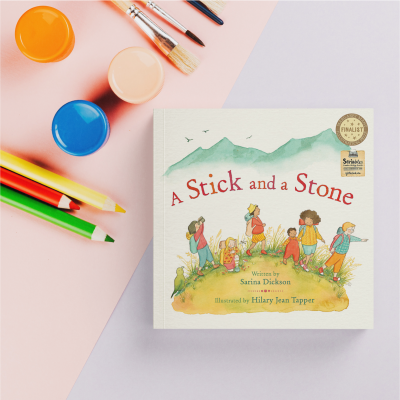 A Stick and a Stone | Sarina Dickson and Hilary Jean Tapper 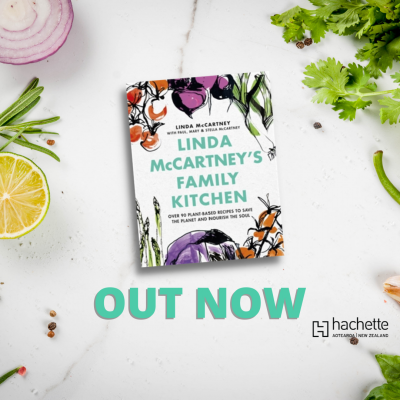 Welcome to the World of Donovan Bixley 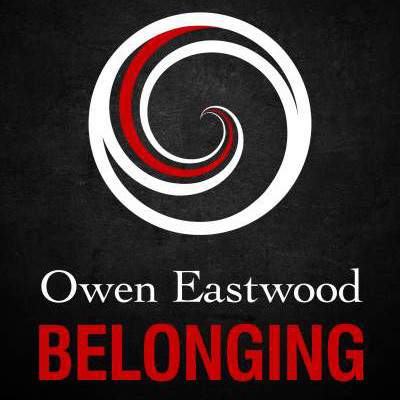