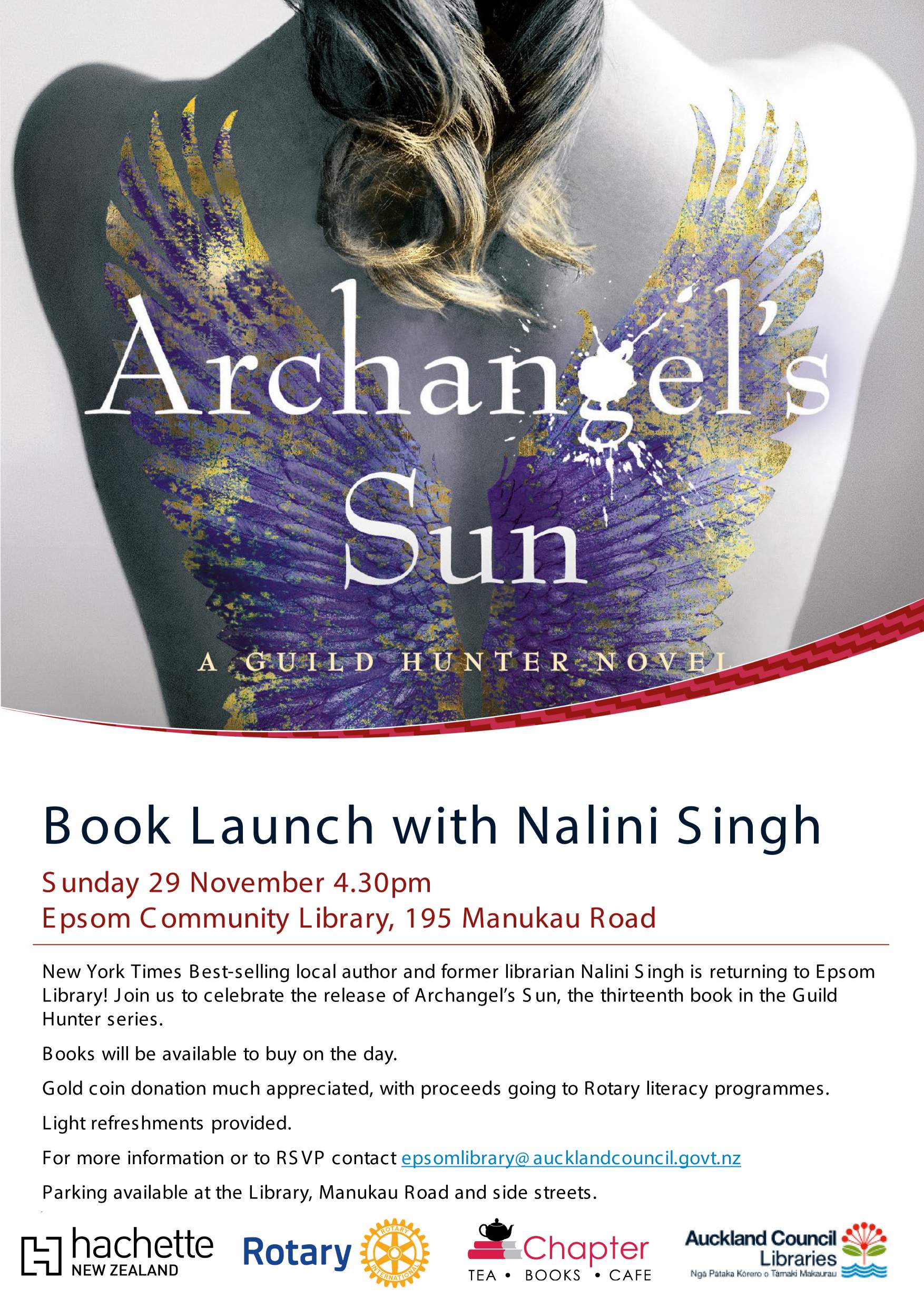 Come join Nalini Singh for the launch of ARCHANGEL'S SUN

The Archangel of Death and the Archangel of Disease may be gone but their legacy of evil lives on - especially in Africa, where the shambling, rotting creatures called the reborn have gained a glimmer of vicious intelligence.

It is up to Titus, archangel of this vast continent, to stop the reborn from spreading across the world. Titus can't do it alone, but of the surviving powerful angels and archangels, large numbers are wounded, while the rest are fighting a surge of murderous vampires.

There is no one left other than the Hummingbird. Old, powerful, her mind long a broken kaleidoscope. Now she must stand at Titus's side against a tide of death, upon a discovery more chilling than any other. For the Archangel of Disease has left them one last terrible gift . . .