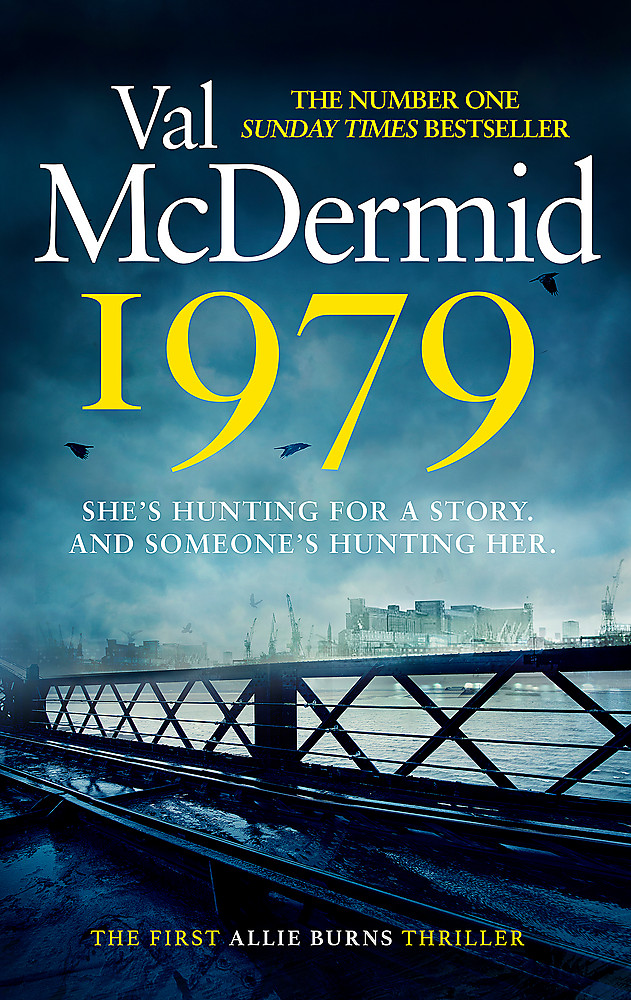 The unmissable first thriller in an electrifying, brand-new series from the Queen of Crime

The shadows hide a deadly story . . .

1979. It is the winter of discontent, and reporter Allie Burns is chasing her first big scoop. There are few women in the newsroom and she needs something explosive for the boys' club to take her seriously.Soon Allie and fellow journalist Danny Sullivan are exposing the criminal underbelly of respectable Scotland. They risk making powerful enemies - and Allie won't stop there.When she discovers a home-grown terrorist threat, Allie comes up with a plan to infiltrate the group and make her name. But she's a woman in a man's world . . . and putting a foot wrong could be fatal.This is the atmospheric, heart-pounding first novel in a gripping new series by the Queen of Crime Val McDermid.__________Praise for Val McDermid:'Brilliant . . . Sensational . . . Unforgettable' Guardian'No one can plot or tell a story like she can' Daily Express'Compulsively readable' Irish Times'One of today's most accomplished crime writers' Literary Review'As good a psychological thriller as it is possible to get' Sunday Express'It grabs the reader by the throat and never lets go' Daily Mail

Val McDermid is a number one bestseller whose novels have been translated into forty languages, and have sold over seventeen million copies. She has won many awards internationally, including the CWA Gold Dagger for best crime novel of the year and the LA Times Book of the Year Award. She was inducted into the ITV3 Crime Thriller Awards Hall of Fame in 2009, was the recipient of the CWA Cartier Diamond Dagger in 2010 and received the Lambda Literary Foundation Pioneer Award in 2011.

In 2016, Val received the Outstanding Contribution to Crime Fiction Award at the Theakston Old Peculier Crime Writing Festival and in 2017 received the DIVA Literary Prize for Crime, and was elected a Fellow of both the Royal Society of Literature and the Royal Society of Edinburgh. Val has served as a judge for the Women's Prize for Fiction and the Man Booker Prize, and was Chair of the Wellcome Book Prize in 2017. She is the recipient of six honorary doctorates, is an Honorary Fellow of St Hilda's College, Oxford and a Professor at the University of Otago in New Zealand. She writes full time and divides her time between Edinburgh and East Neuk of Fife.