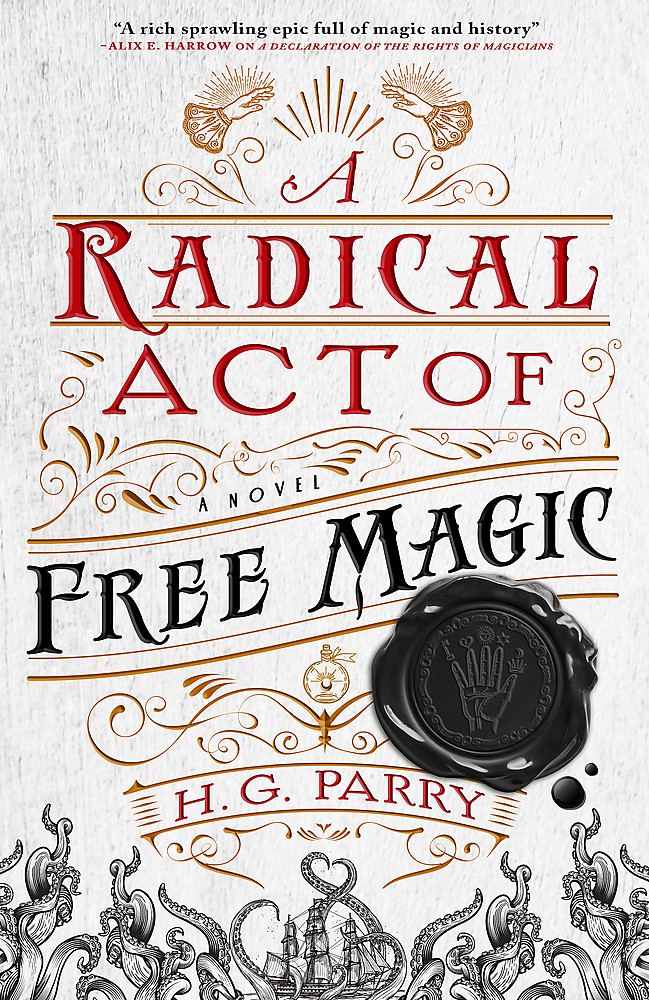 A Radical Act of Free Magic

A Radical Act of Free Magic is the epic conclusion to the genre-defying Shadow Histories series following A Declaration of the Rights of Magicians; a sweeping tale of revolution and wonder in a world not quite like our own.

The Concord has been broken, and a war of magic engulfs the world. In France, the brilliant young battle-mage Napoleon Bonaparte and has all but conquered Europe. Britain fights back, protected by the gulf of the channel and powerful fire-magic, but Wilberforce's own battle to bring about free magic and abolition has met a dead end. In Saint Domingue, Fina watches as Toussaint Louverture navigates these opposing forces to liberate the country.But there is another, even darker war being fought beneath the surface. A blood magician is using the Revolutionary Wars to bring about a return to dark magic. Across the world, only a few know of his existence and the choices they make will shape the new age of magic.Praise for A Declaration of the Rights of Magicians:'A rich, sprawling epic full of history and magic' Alix E. Harrow, Hugo award-winning author'An absolute delight to read' Genevieve Cogman, author of The Invisible Library'Impressively intricate; fans of the magic-and-history of Jonathan Strange & Mr Norrell will be delighted' Alexandra Rowland, author of A Conspiracy of TruthsThe Shadow HistoriesA Declaration of the Rights of MagiciansA Radical Act of Free MagicFor more from H. G. Parry, check out The Unlikely Escape of Uriah Heep.

H. G. Parry lives in a book-infested flat in Wellington, New Zealand, which she shares with her sister and two overactive rabbits. She holds a PhD in English literature from Victoria University of Wellington, and teaches English, film and media studies.