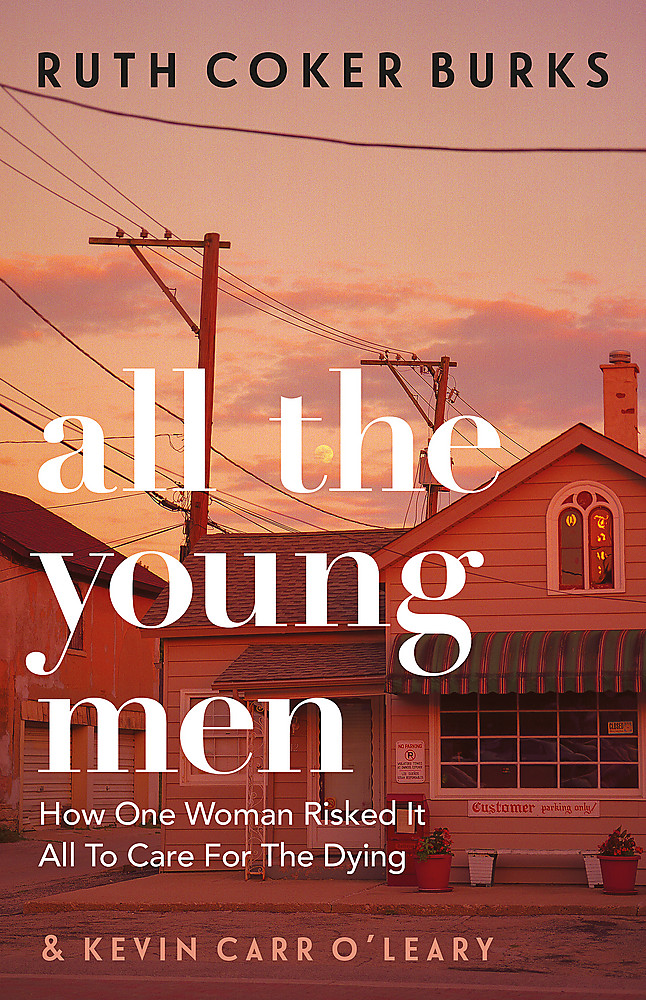 All the Young Men

How One Woman Risked It All To Care For The Dying

'Breath-taking courage and compassion [...]a beautiful book' The Sunday Times'An extraordinary tale' Evening Standard'If I have one message with this book it's that we all have to care for one another. Today, not just in 1986. Life is about caring for each other, and I learned more about life from the dying than I ever learned from the living. It's in an elephant ride, it's in those wildflowers dancing on their way to the shared grave of two men in love, and it's in caring for that young man who just needed information without judgement.' In 1986, 26-year-old Ruth Coker Burks visits a friend in hospital when she notices that the door to one of the patient's rooms is painted red. The nurses are reluctant to enter, drawing straws to decide who will tend to the sick person inside. Out of impulse, Ruth herself enters the quarantined space and begins to care for the young man who cries for his mother in the last moments of his life. And in doing so, Ruth's own life changes forever. As word spreads in the community that she is the only person willing to help the young men afflicted by the growing AIDS crisis, Ruth goes from being an ordinary young mother to an accidental activist. Forging deep friendships with the men she helps, Ruth works to find them housing and jobs, and then funeral homes willing to take their bodies - often in the middle of the night. She prepares and delivers meals to 'her guys,' supplementing her own income with discarded food found in the dumpsters behind supermarkets. She defies local pastors and the medical community to store rare medications for her most urgent patients, and teaches sex education to drag queens after hours at secret bars. Emboldened by the weight of their collective pain, she fervently advocates for their safety and visibility, ultimately advising Governor Bill Clinton on the national HIV-AIDS crisis, and in doing so becomes a beacon of hope to an otherwise spurned group of ailing gay men on the fringes of society. Ruth kept her story a secret for years, fearful of repercussions within her deeply conservative community. But at a time when it's more important than ever to stand up for those who can't, Ruth has found the courage to have her voice - and the voices of those who were stigmatised, rejected and abandoned - heard.

Ruth Coker Burks was a young single mum in Hot Springs, Arkansas who cared for people with AIDS when no one else would in the 1980s and 1990s. With no medical background, Ruth single-handedly created a network of care, and saw to the final resting places of roughly a thousand men abandoned by families and neglected by medical professionals. For 30 years, Ruth has been an advocate for the LGBTQ community. She currently resides in Northwest Arkansas.