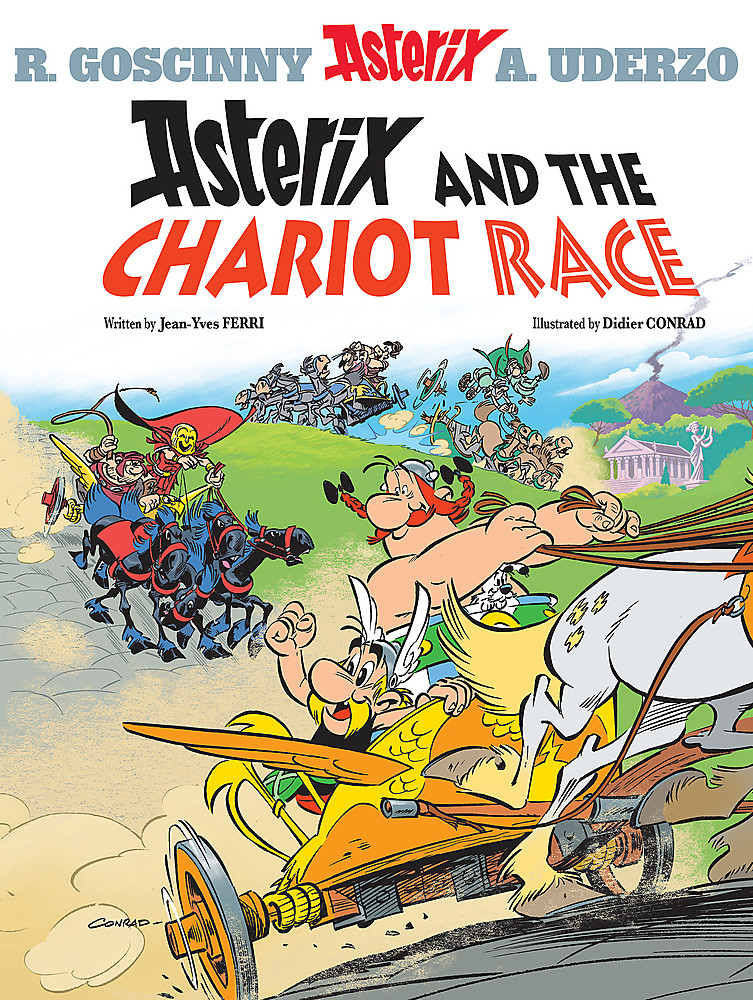 Asterix: Asterix and The Chariot Race

The next action-packed adventure from Asterix and Obelix!

The roads across Italy are in disrepair. Defending his name, and to prove Rome's greatness, Senator Lactus Bifidus announces a special one-off chariot race. Julius Caesar insists a Roman must win, or Bifidus will pay. Open to anyone from the known world, competitors arrive from far and wide, including Asterix and Obelix. With Bifidus secretly scheming, who will win this almighty chariot race?

Rene Goscinny was born in Paris in 1926, and spent most of his childhood in Argentina, before eventually moving to Paris in 1951. He died in 1977. Albert Uderzo was born in 1927 in a small village in Marne, France. He met Rene Goscinny in 1951 and on 29 October 1959 their most famous creation, Asterix, made his first appearance on page 20 of Pilote. ASTERIX THE GAUL, their first album, was published in 1961. Jean-Yves Ferri and Didier Conrad began writing and illustrating Asterix in 2013 with ASTERIX AND THE PICTS. There have now been 38 albums.