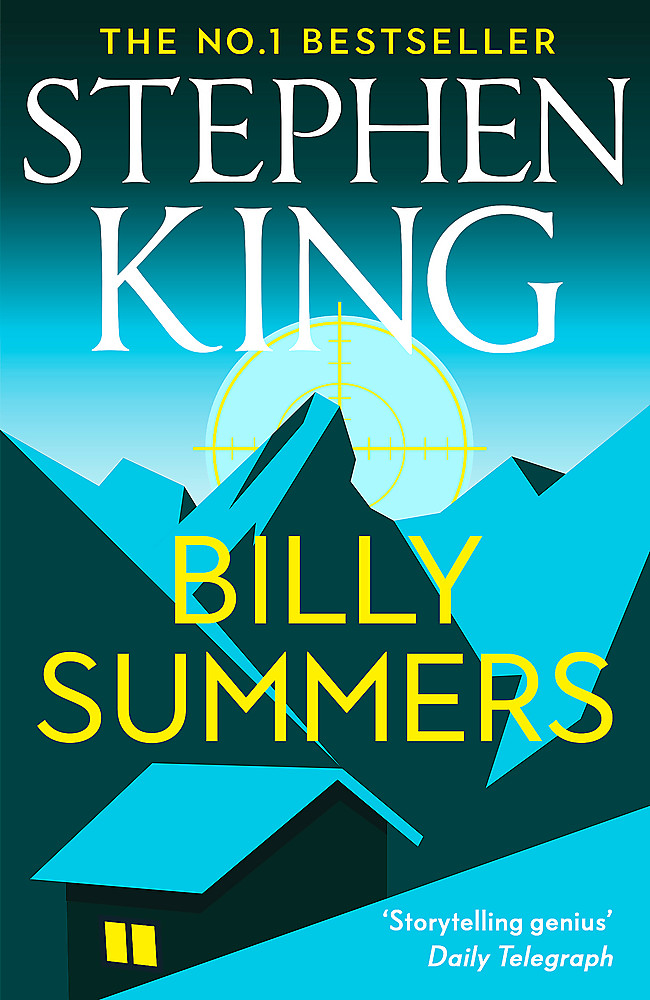 'A thriller with a surprisingly heartfelt and redemptive ending, Billy Summers is a compelling and engrossing read' Sunday ExpressFrom legendary storyteller and No. 1 bestseller Stephen King, whose 'restless imagination is a power that cannot be contained' (The New York Times Book Review), comes a thrilling new novel about a good guy in a bad job.Billy Summers is a man in a room with a gun. He's a killer for hire and the best in the business. But he'll do the job only if the target is a truly bad guy. And now Billy wants out. But first there is one last hit. Billy is among the best snipers in the world, a decorated Iraq war vet, a Houdini when it comes to vanishing after the job is done. So what could possibly go wrong?How about everything.This spectacular can't-put-it-down novel is part war story, part love letter to small town America and the people who live there, and it features one of the most compelling and surprising duos in King fiction, who set out to avenge the crimes of an extraordinarily evil man. It's about love, luck, fate, and a complex hero with one last shot at redemption.You won't put this story down, and you won't forget Billy.

STEPHEN KING is the author of more than seventy books, all worldwide bestsellers. His recent titles include The Institute, which was described by the Sunday Express as a 'masterpiece', The Outsider (voted winner of the Goodreads Choice Award for best Mystery and Thriller 2018), and If It Bleeds (a Sunday Times No. 1 bestseller).

Many of his titles have been turned into celebrated films, TV series and streamed events including IT, 'a book which speaks to everybody' (Guardian), The Shawshank Redemption and Stand By Me.King is the recipient of the 2020 Audio Publishers Association LIfetime achievement Award, the 2018 PEN America Literary Service Award, the 2014 National Medal of Arts and the 2003 National Book Foundation Medal for Distinguished Contribution to American Letters. In 2007 he also won the Grand Master Award from the Mystery Writers of America. He lives with his wife Tabitha King in Maine.