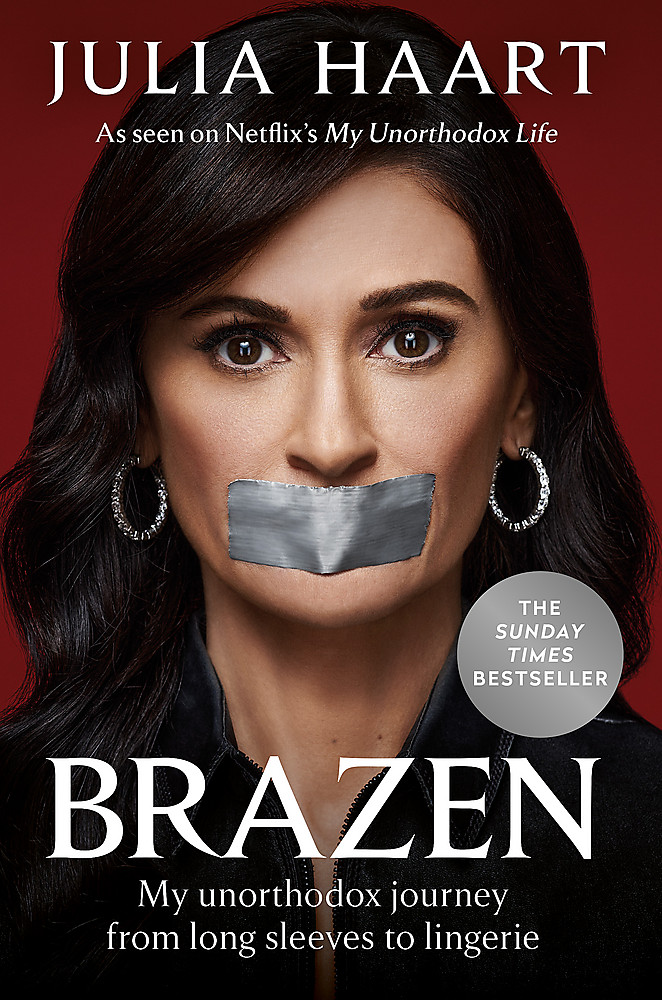 **THE SUNDAY TIMES BESTSELLER**From the star of Netflix's My Unorthodox Life, a riveting, inspiring memoir. Julia Haart tells the story of her extraordinary journey, from leaving an ultra-Orthodox Jewish community to her rise from housewife to shoe designer, to CEO and co-owner of the modelling agency Elite World Group.'I congratulate Haart on the show and book, both of which I enjoyed ... Haart is a hustler, a born entrepreneur, charismatic enough to attract investment like a pop ingenue attracts talent scouts, a "fighter" (her words) and a woman who loves and understands fashion.' POLLY VERNON, THE TIMES 'An irresistible read . . . Written with great intensity and rare candor, Brazen is a story of longing for more and manifesting that vision.' TOMMY HILFIGER'An ode to believing in yourself, believing in your dreams, and it being never too late to transform your life. Brazen, with its soul-bearing, cathartic style is set to inspire.' LOVEREADING EXPERT REVIEWEver since she was a child, every aspect of Julia Haart's life - what she wore, what she ate, what she thought - was controlled by the rules of ultra-Orthodox Judaism. At nineteen, after a lifetime spent caring for her seven younger siblings, she was married off to a man she barely knew. For the next twenty-three years, her marriage would rule her life. Eventually, when Haart's youngest daughter, Miriam, started to innocently question why she wasn't allowed to sing in public, run in shorts, or ride a bike without being covered from neck to knee, Haart reached a breaking point. She knew that if she didn't find a way to leave, her daughters would be forced into the same unending servitude. So Haart created a double life. In the ultra- Orthodox world, clothing has one purpose - to cover the body, head to toe - and giving any more thought than that to one's appearance is considered sinful, an affront to God. But when no one was looking, Haart would pour over fashion magazines and sketch designs for the clothes she dreamed about wearing in the world beyond her Orthodox suburb. She started preparing for her escape by educating herself and creating a 'freedom' fund. At the age of forty-two, she finally mustered the courage to flee. Within a week of her escape, Haart founded a shoe brand, and within nine months, she was at Paris Fashion Week. Just a few years later, she was named creative director of La Perla. Soon she would become co-owner and CEO of Elite World Group and one of the most powerful people in fashion. Along the way, her four children - Batsheva, Shlomo, Miriam and Aron - have not only accepted but embraced her transformation. Propulsive and unfo

Julia Haart is the star of the Netflix docuseries My Unorthodox Life. She is the CEO, co-owner and chief creative officer of Elite World Group, the world's first talent media agency, which is comprised of 48 global agencies representing the most dynamic and culturally connected talent in the world. She was previously the creative director of La Perla, the luxury Italian intimates brand, and launched her career as a designer with her namesake shoe collection. Julia lives in Manhattan. Instagram: @juliahaart.