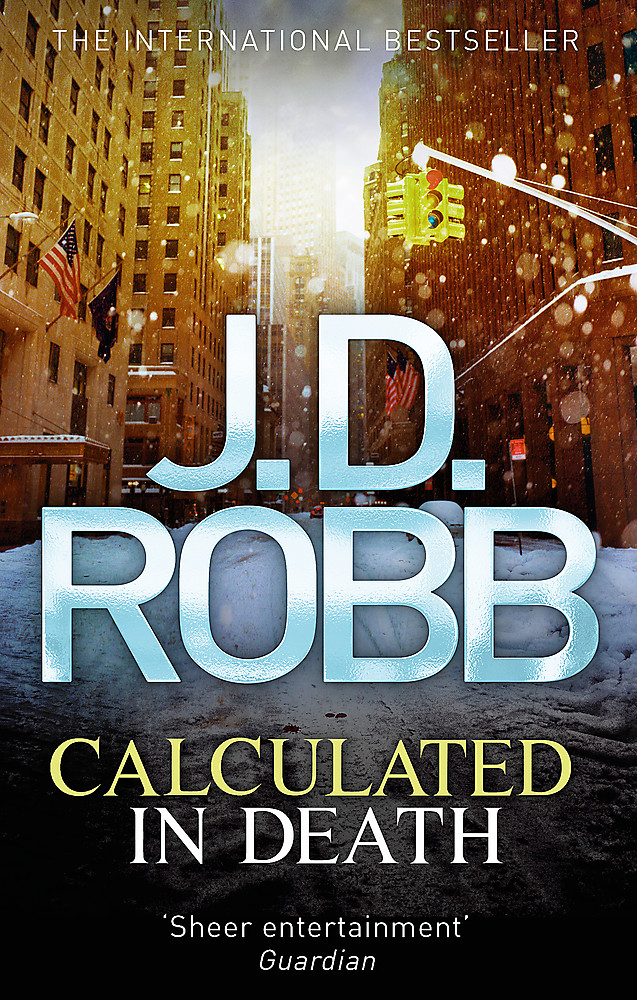 On the steps outside an empty office in New York's financial district, a woman lies dead. It's a bitterly cold winter and her coat and other items are missing, which initially seems to point to a mugging gone wrong, but Lt Eve Dallas soon discovers that the body was dumped at the newly-renovated property. Now she has to find out why.

Marta Dickenson was an auditor, so Eve has a host of suspects among those who were under her scrutiny, not ruling out the fact Marta's sister-in-law is a famous judge. With the financial wizardry of Eve's husband Roarke at her disposal and the faithful Peabody by her side - when not distracted by the upcoming premiere they're all to attend - Eve starts the process of shifting through the motives of some powerful people to catch a killer.

Nora Roberts published her first novel using the pseudonym J.D. Robb in 1995, introducing to readers the tough as nails but emotionally damaged homicide cop Eve Dallas and billionaire Irish rogue, Roarke. With the In Death series, Robb has become one of the biggest thriller writers on earth, with each new novel reaching number one on bestseller charts the world over.