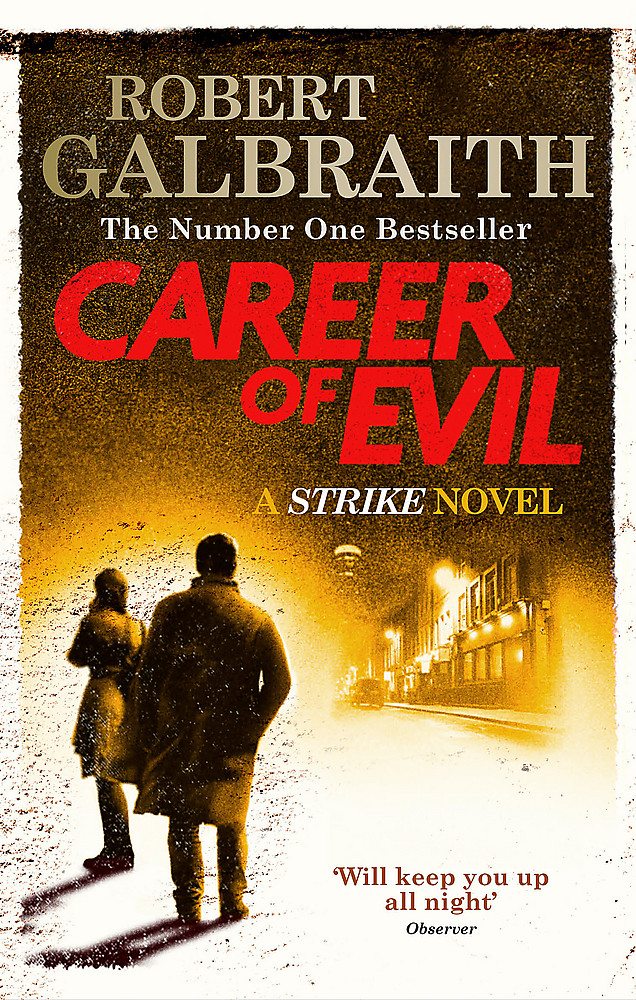 ----- Now a major BBC drama: The Strike seriesWhen a mysterious package is delivered to Robin Ellacott, she is horrified to discover that it contains a woman's severed leg.Her boss, private detective Cormoran Strike, is less surprised but no less alarmed. There are four people from his past who he thinks could be responsible - and Strike knows that any one of them is capable of sustained and unspeakable brutality.With the police focusing on the one suspect Strike is increasingly sure is not the perpetrator, he and Robin take matters into their own hands, and delve into the dark and twisted worlds of the other three men. But as more horrendous acts occur, time is running out for the two of them...A fiendishly clever mystery with unexpected twists around every corner, Career of Evil is also a gripping story of a man and a woman at a crossroads in their personal and professional lives. You will not be able to put this book down. *** The latest book in the thrilling Strike series, TROUBLED BLOOD is out now! ***----- PRAISE FOR THE STRIKE SERIES: 'One of the most unique and compelling detectives I've come across in years' MARK BILLINGHAM 'The work of a master storyteller' DAILY TELEGRAPH 'Unputdownable. . . Irresistible' SUNDAY TIMES 'Will keep you up all night' OBSERVER 'A thoroughly enjoyable classic' PETER JAMES, SUNDAY EXPRESS