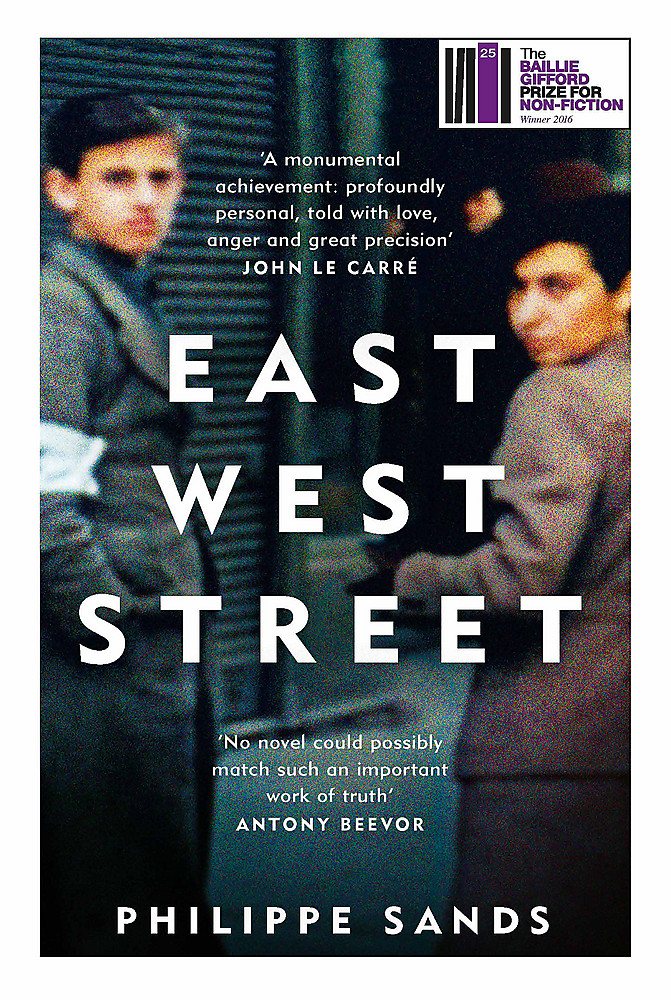 THE BRITISH BOOK AWARDS NON-FICTION BOOK OF THE YEAR 2017

WINNER OF THE BAILLIE GIFFORD PRIZE and THE JQ-WINGATE LITERARY PRIZETHE SUNDAY TIMES TOP 10 BESTSELLER'A monumental achievement: profoundly personal, told with love, anger and great precision' John le Carre'One of the most gripping and powerful books imaginable' SUNDAY TIMESWhen he receives an invitation to deliver a lecture in the Ukrainian city of Lviv, international lawyer Philippe Sands begins a journey on the trail of his family's secret history. In doing so, he uncovers an astonishing series of coincidences that lead him halfway across the world, to the origins of international law at the Nuremberg trial. Interweaving the stories of the two Nuremberg prosecutors (Hersch Lauterpacht and Rafael Lemkin) who invented the crimes or genocide and crimes against humanity, the Nazi governor responsible for the murder of thousands in and around Lviv (Hans Frank), and incredible acts of wartime bravery, EAST WEST STREET is an unforgettable blend of memoir and historical detective story, and a powerful meditation on the way memory, crime and guilt leave scars across generations.WINNER OF THE HAY FESTIVAL MEDAL FOR PROSE 2017

Philippe Sands is Professor of Law at UCL and a practising barrister at Matrix Chambers. He has been involved in many of the most important international cases of recent years, including Pinochet, Congo, Yugoslavia, Rwanda, Iraq, Guantanamo and the Rohingya. He is the author of LAWLESS, TORTURE TEAM, EAST WEST STREET, which won the Baillie Gifford Prize for Non-fiction, and THE RATLINE. He is a contributor to the Financial Times, Guardian, New York Review of Books and Vanity Fair, and makes regular appearances on radio and television. He is President of English PEN and a member of the board of the Hay Festival.