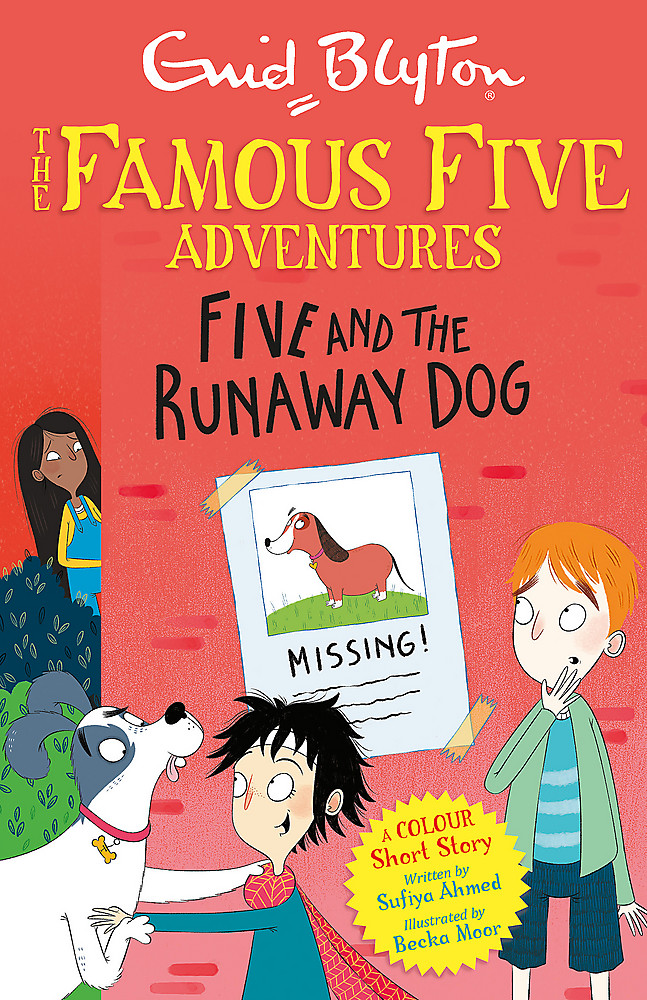 Introducing The Famous Five to younger readers with this NEWLY-CREATED story for children aged 5 and up!

While helping to clear up the beach, the Five find a dog's collar by the sea and are soon searching for the missing dog. And when they come to the new bakery, it's not just the smell of cinnamon buns that catches Timmy's attention ...Set in the world of Enid Blyton's best-loved series, this newly created story follows Julian, Dick, Anne, George and Timmy the dog on a special new adventure. The story is broken down into short chapters with vibrant, full-colour illustrations on every page - perfect for shared reading or for newly confident readers to enjoy independently.Also look out for: The Birthday Adventure, Five to the Rescue! and Timmy and the Treasure, illustrated by Becka Moor.Enid Blyton's eight original short stories about the Famous Five are also available as early readers illustrated by Jamie Littler. Collect them all!A Lazy AfternoonGeorge's Hair Is Too LongWell Done, Famous FiveFive and a Half-Term AdventureWhen Timmy Chased the CatFive Have a Puzzling TimeGood Old TimmyHappy Christmas, Five!***The Famous Five , Enid Blyton and Enid Blyton's signature are registered trade marks of Hodder & Stoughton Limited. No trade mark or copyrighted material may be reproduced without the express written permission of the trade mark and copyright owner.

Enid Blyton's books have sold over 500 million copies and have been translated into other languages more often than any other children's author.She wrote over 700 books and about 2,000 short stories, including favourites such as The Famous Five,The Secret Seven, The Magic Faraway Tree, Malory Towers and Noddy. Born in London in 1897, Enid lived much of her life in Buckinghamshire and adored dogs, gardening and the countryside. She died in 1968 but remains one of the world's best-loved storytellers.Sufiya Ahmed (Author) Sufiya Ahmed worked in advertising and in the House of Commons before becoming a full-time author. In 2010, she set up the BIBI Foundation which arranges visits to the Houses of Parliament for children from underprivileged backgrounds. Sufiya has written several children's books including Famous Five: Timmy and the Treasure, My Story: Noor-Un-Nissa Inayat Khan and Under the Great Plum Tree which was longlisted for the UK Literacy Association Book Awards. Follow Sufiya on Twitter @sufiyaahmed.Becka Moor (Illustrator) Becka Moor graduated in 2012 with a 2:1 in Illustration for Children's Publishing and has been scribbling her way into a career as a children's illustrator ever since! Becka has illustrated over 70 children's books, including the Famous Five Colour Short Stories. She can be found at http://www.beckamoor.com/ and @beckamoor on Twitter.