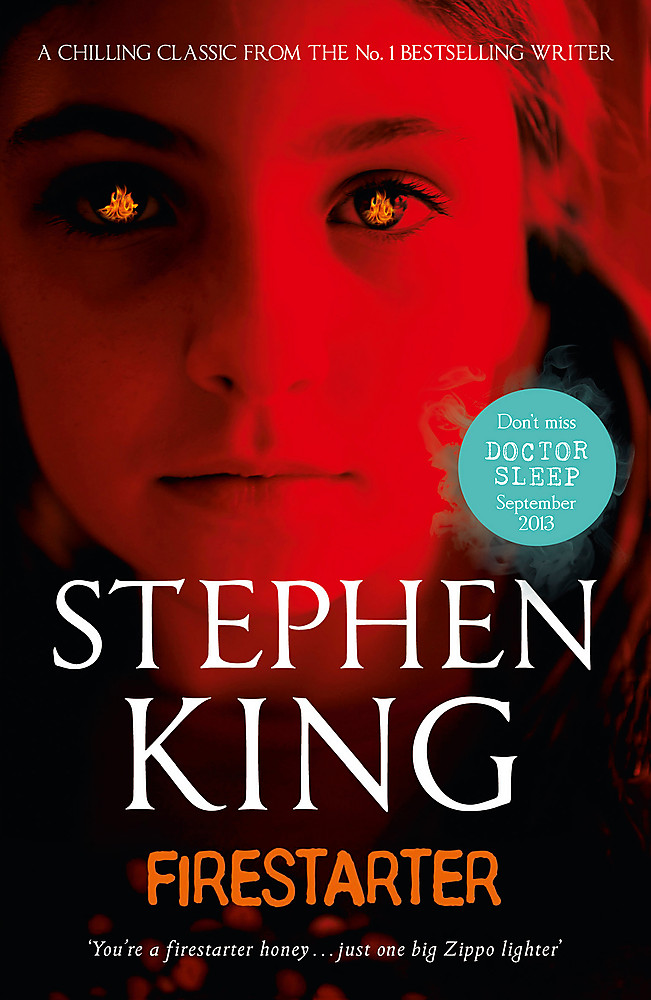 'You're a firestarter honey...just one big zippo lighter'

A year ago, he was an upstanding instructor of English at Harrison State College. Now Andy is on the run with his daughter. A pigtailed girl named Charlie. A girl with an unimaginably terrifying gift.A gift which could be useful to corrupt authorities. Soon Charlie will be caught up in the menace of a fateful drug experiment and a sinister government ploy...Let the reader beware: FIRESTARTER is Stephen King at his most mesmerising... and menacing.

Stephen King has written some forty books and novellas, including CARRIE, THE STAND and RITA HAYWORTH AND SHAWSHANK REDEMPTION (from the collection DIFFERENT SEASONS), BAG OF BONES, ON WRITING and most recently CELL, LISEY'S STORY and DUMA KEY. He wrote several novels under the pseudonym of Richard Bachman, including BLAZE (June 2007). He won America's prestigious National Book Award and was voted Grand Master in the 2007 Edgar Allen Poe awards. He lives with his wife, novelist Tabitha King, in Maine, USA.