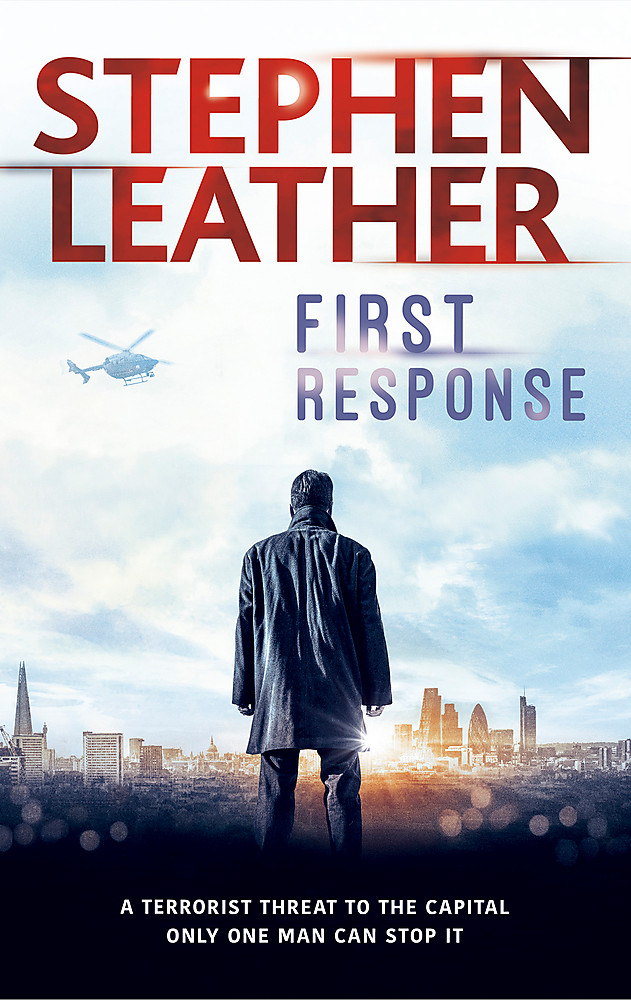 From the bestselling author of the Spider Shepherd and Jack Nightingale series comes First Response, the utterly addictive new thriller by Stephen Leather.

London is under siege. Nine men in suicide vests primed to explode hold hostages in nine different locations around the city, and are ready to die for their cause.Their mission: to force the government to release jihadist prisoners from Belmarsh Prison.Their deadline: 6 p.m. Today. But the bombers are cleanskins, terrorists with no obvious link to any group, and who do not appear on any anti-terror watch list. What has brought them together on this one day to act in this way? Mo Kamran is the Superintendent in charge of the Special Crime and Operations branch of the Met. As the disaster unfolds and the SAS, armed police, and other emergency services rush to the scenes, he is tasked with preventing the biggest terrorist outrage the capital has ever known.But nothing is what it seems. And only Kamran has the big picture. Will anyone believe him?A chillingly plausible and pulse-pounding depiction of how London might be held to ransom in a concerted terrorist attack: this is thriller writing at its very best.