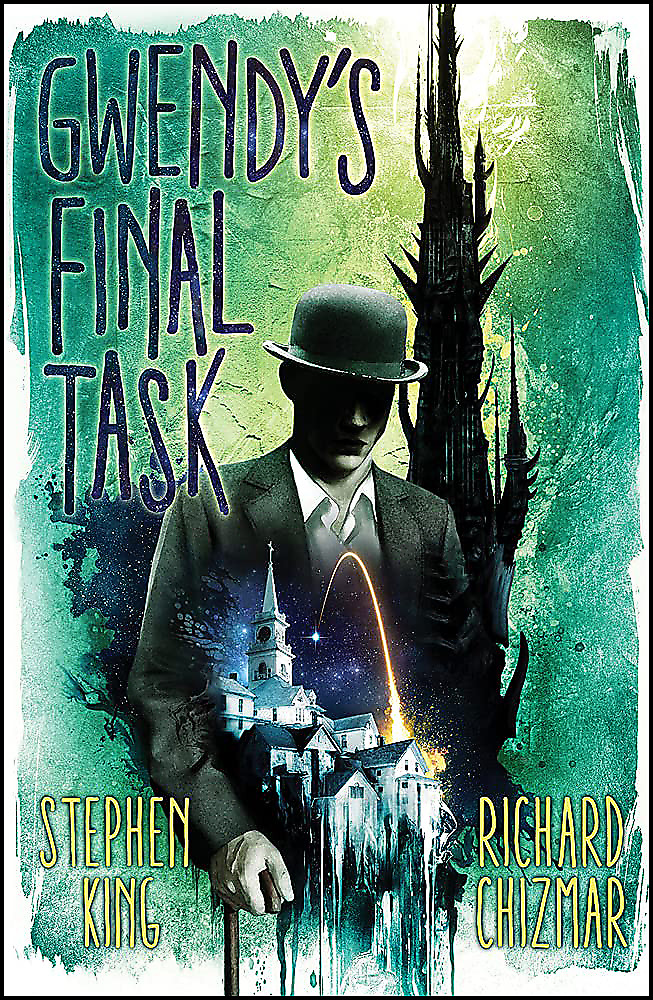 King and Chizmar join forces again with a powerful stand-alone novel that is also the final chapter in the Gwendy trilogy.

When Gwendy Peterson was twelve, a stranger named Richard Farris gave her a mysterious box for safekeeping. It offered treats and vintage coins, but it was dangerous. Pushing any of its seven coloured buttons promised death and destruction.Years later, the button box re-entered Gwendy's life. A successful novelist and a rising political star, she was once more forced to deal with the temptations that the box represented - an amazing sense of wellbeing, balanced by a terrifyingly dark urge towards disaster.With the passing of time, the box has grown ever stronger and evil forces are striving to possess it. Once again, it is up to Gwendy Peterson, now a United States Senator battling the early symptoms of Alzheimer's Disease, to keep it from them. At all costs. But where can you hide something from such powerful entities?Gwendy's Final Task is a wildly suspenseful and at the same time deeply moving novel in which 'horror giants' (Publishers Weekly) Stephen King and Richard Chizmar take us on a journey from Castle Rock to another famous cursed Maine city to the MF-1 space station, where Gwendy must execute a secret mission to save the world. And, maybe, all worlds.

Stephen King is the author of more than seventy books, all of them bestsellers. He is the co-author (with Richard Chizmar) of the New York Times bestseller Gwendy's Button Box. Among his celebrated classics are It, Misery and The Shining. Recent bestsellers include The Outsider and Billy Summers, both No. 1 on The Sunday Times bestseller list. Many of his titles, including Rita Hayworth and Shawshank Redemption, are the basis for major motion pictures and TV events.King is the recipient of the 2020 Audio Publishers Association Lifetime Achievement Award, the 2018 PEN America Literary Service Award, the 2014 National Medal of Arts, and the 2003 National Book Foundation Medal for Distinguished Contribution to American Letters. He lives in Bangor, Maine, with his wife, novelist Tabitha King. RICHARD CHIZMAR Richard Chizmar is the co-author of Gwendy's Button Box and the author of Gwendy's Magic Feather, in which he 'carries the tale forward into Gwendy's future with sympathy and grace' (Washington Post). Recent books include the highly acclaimed New York Times bestseller Chasing the Boogeyman ('totally compelling and immensely poignant' C. J. Tudor), and Widow's Point, a chilling tale about a haunted lighthouse written with his son, Billy Chizmar, which was recently made into a feature film.Chizmar's short fiction has appeared in dozens of publications, including Ellery Queen's Mystery Magazine and The Year's 25 Finest Crime and Mystery Stories. He has won two World Fantasy awards, four International Horror Guild awards, and the HWA's Board of Trustee's award.