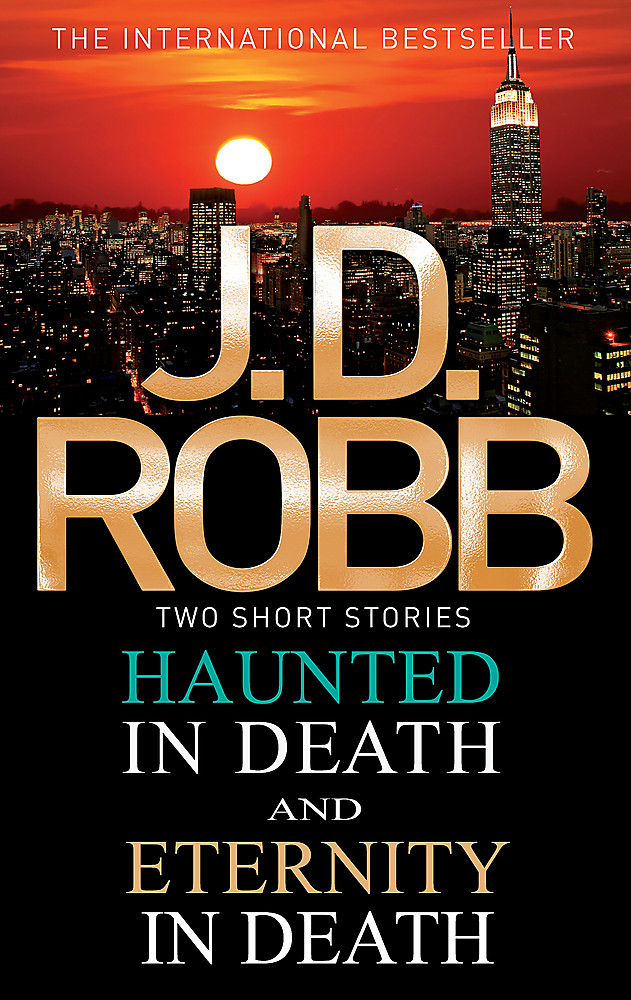 Haunted in Death/Eternity in Death

Haunted in DeathLieutenant Eve Dallas doesn't believe in ghosts. But when a very recent corpse shows up in a haunted abandoned nightclub, alongside the bones of the famous missing singer, Bobbie Bray, everyone is spooked - especially the new owner.Did Bobbie's ghost finally get her revenge, or is there a more earthly explanation?Set between Memory in Death and Born in Death.Eternity in DeathWhen notorious it-girl Tiara Kent is found dead in her plush Manhattan apartment, the murder looks to everyone like a vampire attack - everyone but the ever-practical Lieutenant Eve Dallas. As the hysteria spreads, Eve must act fast. Discovering Tiara's secret lover, a Dark Prince, Eve and her team are led on a chase into the darkest corners of the city and deep into their own fears.Set between Creation in Death and Strangers in Death.

With the In Death series, Robb has become one of the biggest thriller writers on earth, with each new novel reaching number one on bestseller charts the world over.For more information, visit www.jd-robb.co.ukBecome a fan on Facebook at Nora Roberts and J. D. Robb