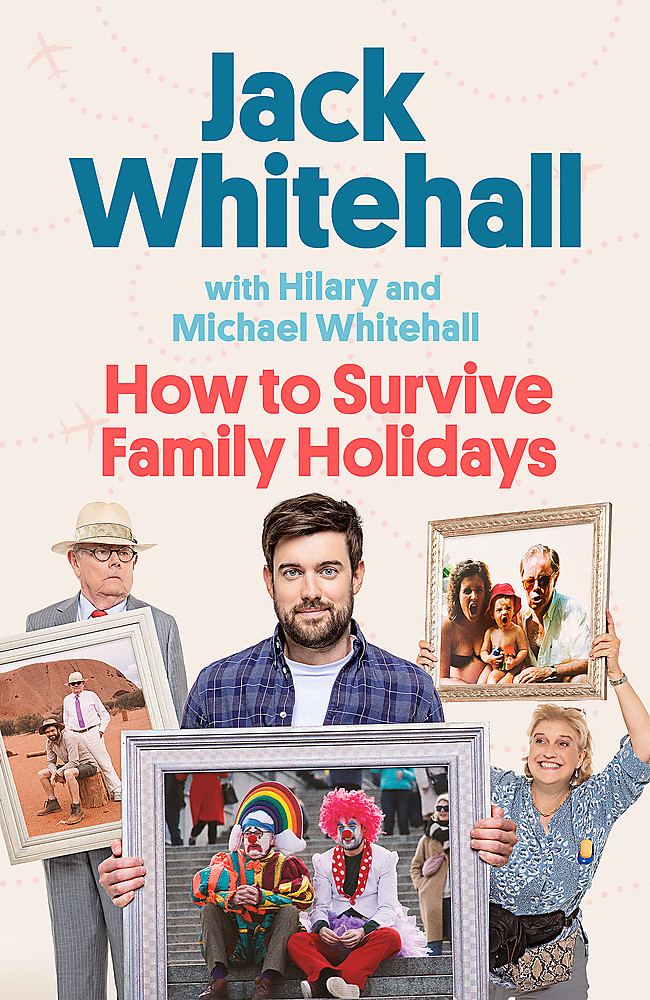 How to Survive Family Holidays

One part Lonely Planet, one part tell-all family memoir, this is the definitive and hilarious guide on how to survive your family holiday, by Jack Whitehall, with a little bit of help from Michael and Hilary Whitehall.No one family has more experience of travelling together than the Whitehalls. Indeed they've been allowing us a window to their escapades for the past five years in the hit Netflix show 'Travels with my Father' and in this hilarious book they have now decided to pool their advice for fellow travellers. To lay out the pitfalls of family holidays. The dos and don'ts, the highs and lows. In doing so they are sharing some of their best anecdotes. Their most extreme experiences and their most valuable advice. It is part memoir of family life, part travel guide, and full on, laugh-out-loud funny.Whatever your version of holiday preparation the truth is always this: if it is with one's own family, no amount of sunshine, wine or holiday spirit will stop your worst character traits coming to the surface. You have just volunteered to spend a week in close proximity with the people who know you best and who will never ever let you forget a f***-up. No one survives unscathed. Things are always going to end in tears, you can only hope they're of laughter.

Jack Whitehall is an award winning actor, comedian, presenter and writer, widely celebrated for 5 series of his hit show Travels with my Father on Netflix, writing and starring in three series of Bad Education for the BBC, playing Paul Pennyfeather in Evelyn Waugh's Decline and Fall also for the BBC and creating the character of JP in the award winning Fresh Meat for Channel 4. A regular team member on eight series of Sky One's A League Of Their Own, he has appeared three times on the Royal Variety Performance, including becoming the youngest ever host in 2015 and has also hosted the prestigious Brit Awards for the last three years. An acclaimed comedian, in 2019/20 Jack toured his fifth and biggest ever stand up show around arenas in the UK, Australia and Dubai, which was also filmed for Netflix. He can be seen starring in two films this year, Disney's Jungle Cruise with Dwayne 'The Rock' Johnson and Emily Blunt and also in Clifford The Big Red Dog for Paramount. He is about to start filming on Robots in which he plays the lead opposite Shailene Woodley. This is his second book collaboration with his father Michael, following on from 'Him and Me.'Michael Whitehall (Author) Michael Whitehall was a leading theatrical agent and producer, whose clients included Nigel Havers, Edward Fox, Judi Dench and Colin Firth. He produced The Good Guys, Noah's Ark and Element of Doubt for ITV, as well as numerous theatrical productions around the UK and in the West End. He appeared with Jack on their show Backchat for the BBC and subsequently 5 series of Travels With My Father for Netflix. A regular guest in Dictionary Corner on Channel 4's Countdown, he also co hosted Hard To Please OAP's for ITV as well as appearing on Celebrity Gogglebox for Stand Up To Cancer with Jack and Hilary. His books include Shark Infested Waters, Backing Into The Spotlight and Him and Me co-authored with Jack.Hilary Whitehall (Author) Hilary Whitehall. Daughter, sister, wife, mother and recent grandmother. When not busy attending to the various needs of members of her family, she occasionally manages to work as an actress (Fierce Creatures, The Bill, Woof, Miranda and Bad Education) and photographer. Her latest endeavour is creating and voicing the character of Miss Petunia in the Warner Brothers children's animation series 'Moley.'