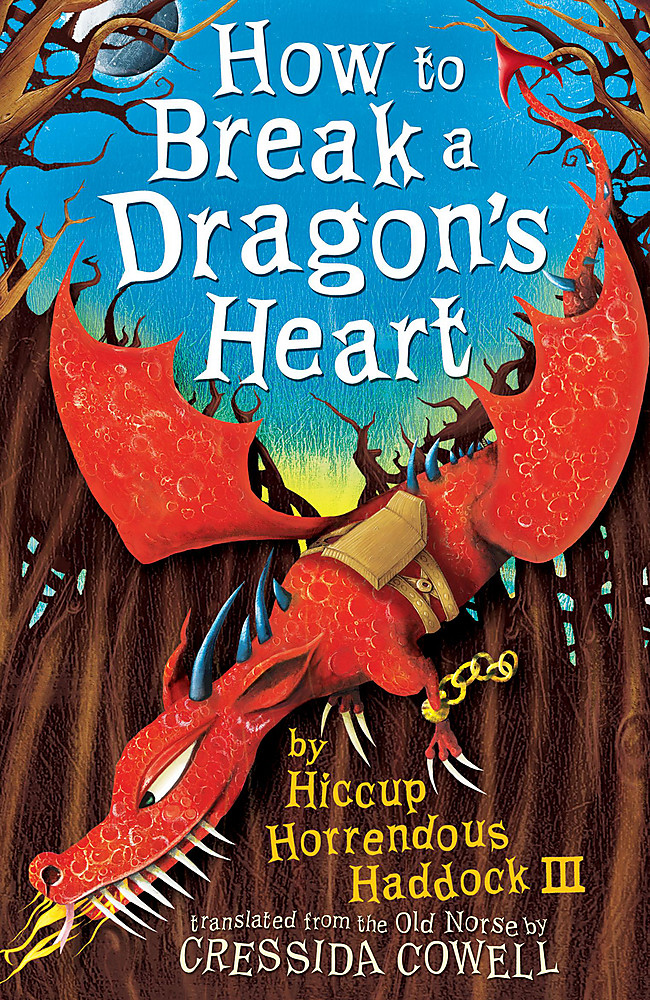 How to Train Your Dragon: How to Break a Dragon's Heart

Read the original books before you see the How to Train Your Dragon film!

THE STORY CONTINUES in the eighth volume of Hiccup's How to Train Your Dragon memoirs... Hiccup Horrendous Haddock III was an awesome sword-fighter, a dragon-whisperer and the greatest Viking Hero who ever lived. But it wasn't always like that. Hiccup's memoirs look back to when Hiccup was just an ordinary boy, and finding it very hard to be a Hero.Hiccup must battle Berserks, dodge Scarers, complete the Impossible Task and save Fishlegs from being fed to the Beast! And all while being hunted down by an old enemy with a dark secret about the Lost Throne. What's a Hero to do How to Train Your Dragon is soon to be a DreamWorks film starring Gerrard Butler, America Ferrera and Jonah Hill, out in March 2010 adapted from the best selling How to Train Your Dragon series by Cressida Cowell.Read the rest of Hiccup's exploits in the How to Train Your Dragon series in How to Train Your Dragon, How to Be a Pirate, How to Speak Dragonese, How to Cheat a Dragon's Curse, How to Twist a Dragon's Tale, A Hero's Guide to Deadly Dragons, and How to Ride a Dragon's Storm.Check out the all-new Hiccup website at www.howtotrainyourdragonbooks.com It's the place to go for games, downloads, activities and sneak peeks! Read all about Hiccup and all of your favourite characters, learn to speak Dragonese and train your own Dragon to do tricks!

Cressida Cowell grew up mostly in Central London. She has a BA in English Literature from Oxford University, a BA in Graphic Design from St Martin's and an MA in Narrative Illustration from Brighton. She lives in Hammersmith, London with her husband, three children and a hamster, Mini.