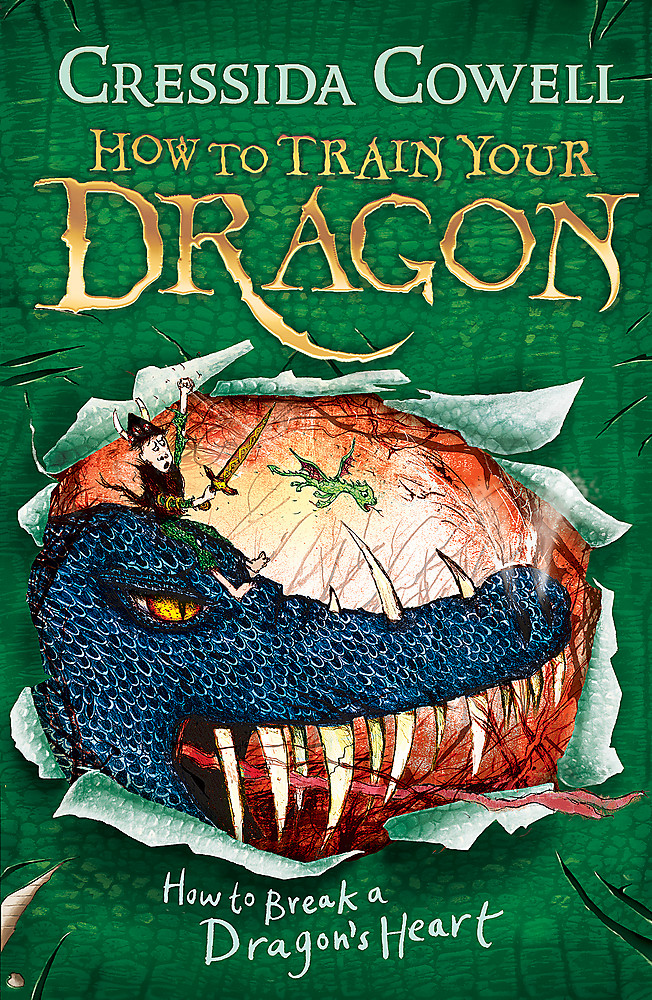 How to Train Your Dragon: How to Break a Dragon's Heart

Hiccup Horrendous Haddock the Third is a smallish Viking with a longish name. Hiccup's father is chief of the Hairy Hooligan tribe which means Hiccup is the Hope and the Heir to the Hairy Hooligan throne - but most of the time Hiccup feels like a very ordinary boy, finding it hard to be a Hero. Whilst searching for his lost friend Camicazi, Hiccup and the Hooligan Tribe have ended up on Uglithug Island. Now UG, the most brutal King in the World, sets Hiccup the Impossible Task. He must venture to the Isle of Berserk to pass his test or DIE trying. And all while being hunted down by an old enemy with a dark secret about the Lost Throne... Can Hiccup find Camicazi, and succeed in his task?How to Train Your Dragon is now a major DreamWorks franchise starring Gerard Butler, Cate Blanchett and Jonah Hill and the TV series, Riders of Berk, can be seen on CBeebies and Cartoon Network.