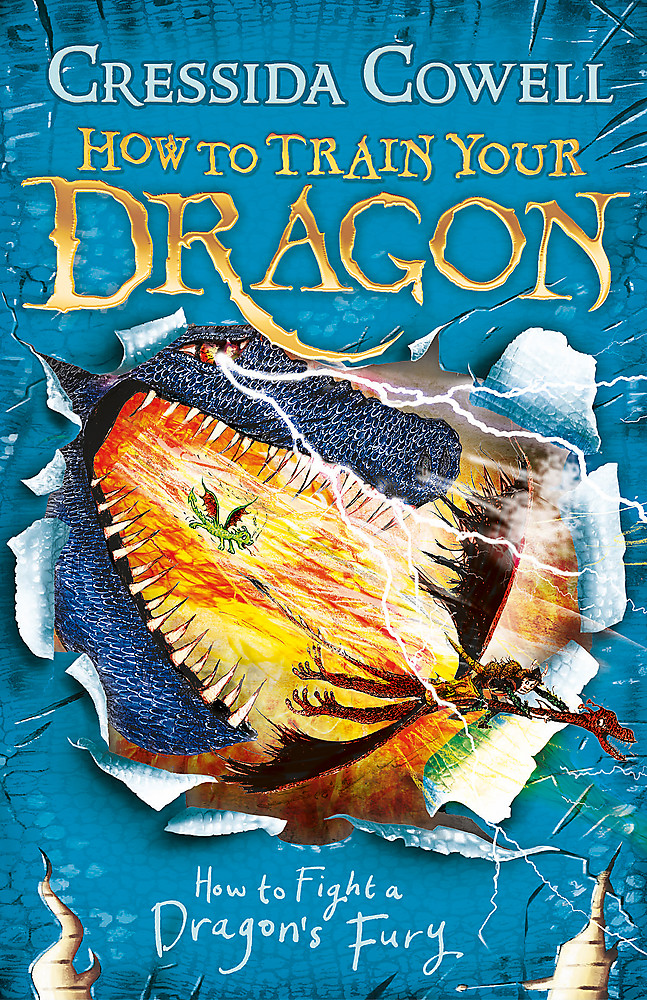 How to Train Your Dragon: How to Fight a Dragon's Fury

Hiccup Horrendous Haddock the Third is a smallish Viking with a longish name. Hiccup's father is chief of the Hairy Hooligan tribe which means Hiccup is the Hope and the Heir to the Hairy Hooligan throne - but most of the time Hiccup feels like a very ordinary boy, finding it hard to be a Hero. It is the Doomsday of Yule. At the end of this day, either the humans or the dragons will face extinction. Alvin the Treacherous is about to be crowned the King of the Wilderwest on the island of Tomorrow. His reign of terror will begin with the destruction of dragons everywhere.The fate of the dragon world lies in the hands of one young boy: Hiccup Horrendous Haddock the Third. If Hiccup can't beat Alvin the Treacherous then the entire human AND dragon race will become extinct. The time has come to prove himself, once and for all. Will Hiccup - with the help of his friends Fishlegs, Camicazi and Toothless the dragon - finally be crowned KING? And will the dragons survive? How to Train Your Dragon is now a major DreamWorks franchise starring Gerard Butler, Cate Blanchett and Jonah Hill and the TV series, Riders of Berk, can be seen on CBeebies and Cartoon Network.