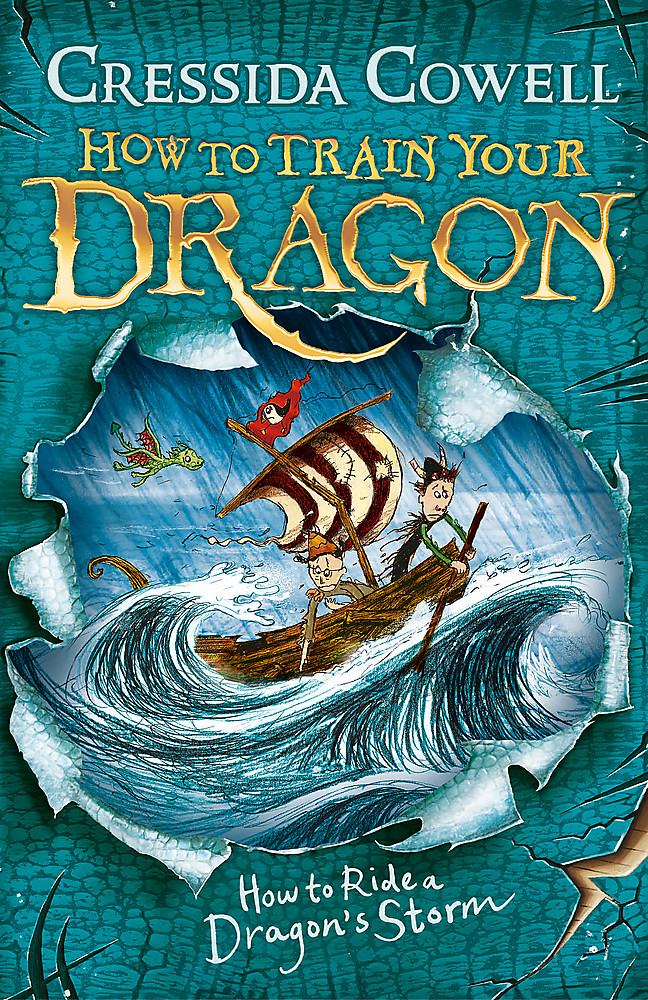 How to Train Your Dragon: How to Ride a Dragon's Storm

Hiccup Horrendous Haddock the Third is a smallish Viking with a longish name. Hiccup's father is chief of the Hairy Hooligan tribe which means Hiccup is the Hope and the Heir to the Hairy Hooligan throne - but most of the time Hiccup feels like a very ordinary boy, finding it hard to be a Hero. Trapped on The American Dream II with his friends Fishlegs and Camicazi, Hiccup must ESCAPE the barbarian Norbert the Nutjob, and somehow dodge the cruel Polar-serpents in the icy waters below. If ONLY Hiccup hadn't promised to help the Wanderer slaves on board escape too! HOW will Hiccup save himself, his friends and a hundred and twenty-two Wanderers off a ship WITHOUT their terrifying captors noticing?How to Train Your Dragon is now a major DreamWorks franchise starring Gerard Butler, Cate Blanchett and Jonah Hill and the TV series, Riders of Berk, can be seen on CBeebies and Cartoon Network.