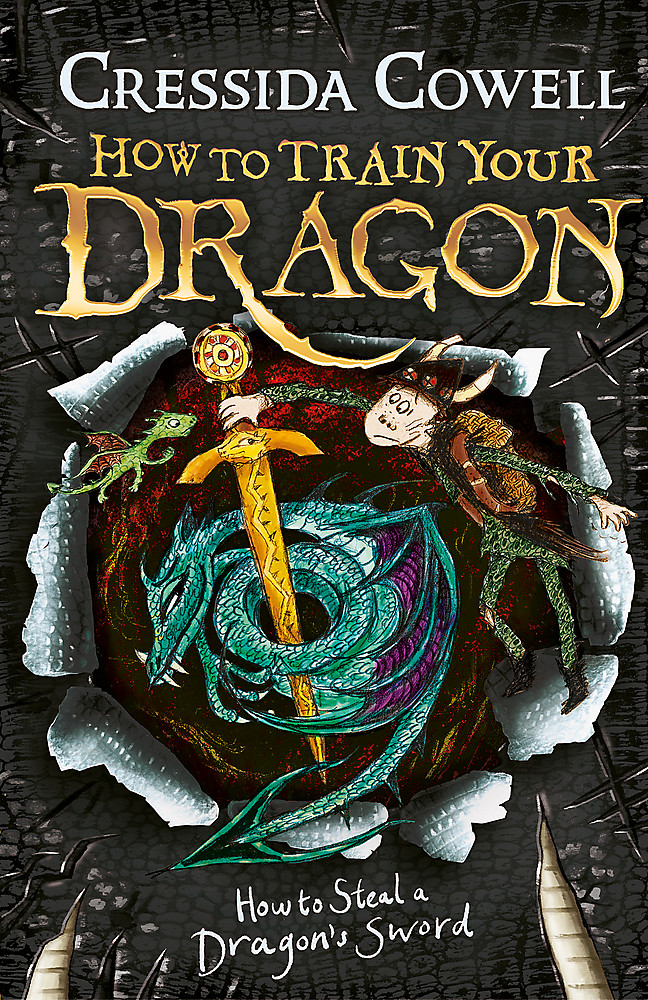 How to Train Your Dragon: How to Steal a Dragon's Sword

Hiccup Horrendous Haddock the Third is a smallish Viking with a longish name. Hiccup's father is chief of the Hairy Hooligan tribe which means Hiccup is the Hope and the Heir to the Hairy Hooligan throne - but most of the time Hiccup feels like a very ordinary boy, finding it hard to be a Hero. Bad times have come to the Archipelago. Ever since the woods of Berserk burned down, it is almost as if the world is cursed. Dragons are starting to revolt against their Masters. The waters have risen, flooding fields and washing whole villages away. But worse still, the wicked witch Excellinor has returned. Can Hiccup find the King's Things and win the sword-fighting contest to stop Alvin the Treacherous from becoming King of the Wilderwest?***Please note this ebook is TEXT ONLY and does not include the illustrations that appear in the printed book.***How to Train Your Dragon is now a major DreamWorks franchise starring Gerard Butler, Cate Blanchett and Jonah Hill and the TV series, Riders of Berk, can be seen on CBeebies and Cartoon Network.