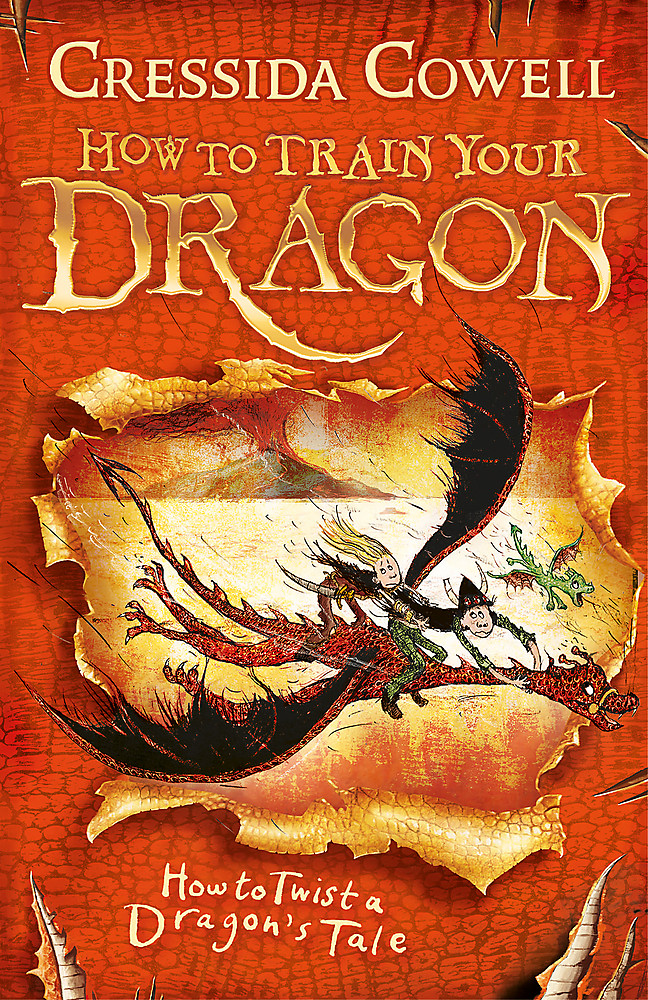 How to Train Your Dragon: How to Twist a Dragon's Tale

Hiccup Horrendous Haddock the Third is a smallish Viking with a longish name. Hiccup's father is chief of the Hairy Hooligan tribe which means Hiccup is the Hope and the Heir to the Hairy Hooligan throne - but most of the time Hiccup feels like a very ordinary boy, finding it hard to be a Hero. Over on Lava-Lout Island, the volcano is ready to blow. Now Hiccup faces a terrifying Quest to Stop the Volcano Exploding, alongside his best friend Fishlegs and Humungously Hotshot the ex-Hero.But not only is Lava-Lout Island full of EXTERMINATOR DRAGONS, Hiccup's ARCH ENEMY is also lurking - and he's seeking REVENGE! How to Train Your Dragon is now a major DreamWorks franchise starring Gerard Butler, Cate Blanchett and Jonah Hill and the TV series, Riders of Berk, can be seen on CBeebies and Cartoon Network.