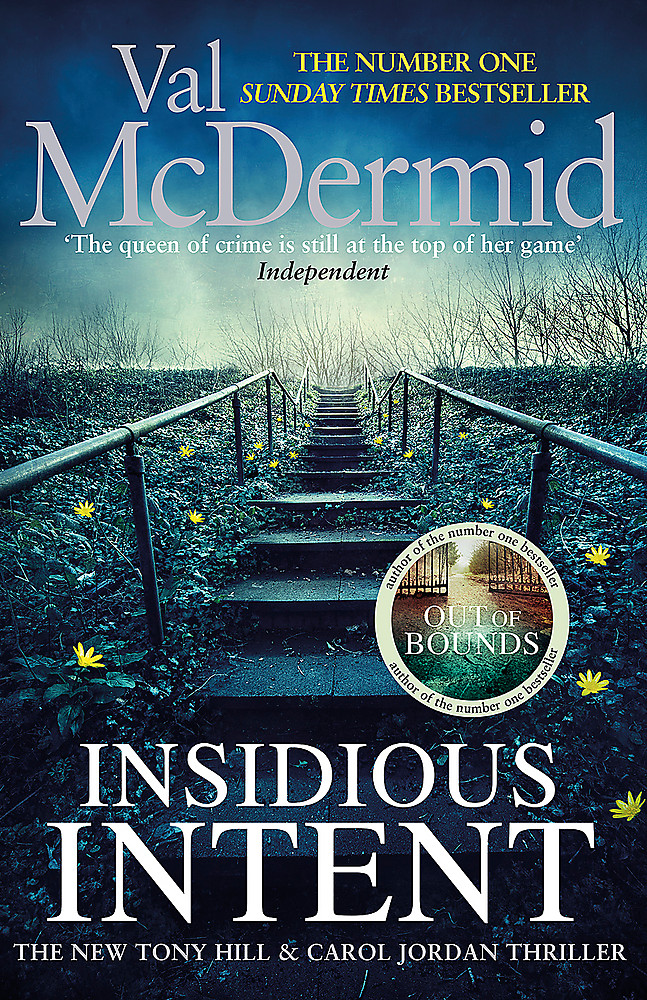 ___________________<font size="+1">'One of the most surprising twists you'll read this year. Outstanding'</font> Irish Independent<font size="+1">'Engrossing . . . a colossal reminder of just why McDermid has been the queen of crime for three decades'</font> Heat 'Murdered people don't kill themselves . . .'A quiet night on a country road. The stillness shattered by a car engulfed in flames, and a burned body discovered in the driver's seat. As the investigation unfolds, DCI Carol Jordan and psychological profiler Tony Hill quickly realise that this is more than just a tragic accident. And so begins the hunt for a truly terrifying killer, someone who believes he is invisible, untraceable and untouchable.As other victims are found to have met the same terrible fate, and with more women at risk, Tony and Carol are drawn into a dark and twisted web of fear and revenge that will force them to question their own ideas of justice . . .Discover the pulse-pounding novel from the inimitable queen of crime and number one bestseller, Val McDermid, featuring two of the most iconic and unforgettable characters in crime fiction: Tony Hill and Carol Jordan.___________________Praise for Queen of Crime Val McDermid:'It grabs the reader by the throat and never lets go' Daily Mail'So gripping it puts your life on hold' The Times'As good a psychological thriller as it is possible to get' Sunday Express'One of today's most accomplished crime writers' Literary Review'McDermid remains unrivalled' Observer'No one can tell a story like she can' Daily Express

Val McDermid is a number one bestseller whose novels have been translated into more than thirty languages, and have sold over seventeen million copies. She has won many awards internationally, including the CWA Gold Dagger for best crime novel of the year and the LA Times Book of the Year Award. She was inducted into the ITV3 Crime Thriller Awards Hall of Fame in 2009, was the recipient of the CWA Cartier Diamond Dagger in 2010 and received the Lambda Literary Foundation Pioneer Award in 2011.

In 2016, Val received the Outstanding Contribution to Crime Fiction Award at the Theakston Old Peculier Crime Writing Festival and in 2017 received the DIVA Literary Prize for Crime, and was elected a Fellow of both the Royal Society of Literature and the Royal Society of Edinburgh. Val has served as a judge for the Women's Prize for Fiction and the Man Booker Prize, and was Chair of the Wellcome Book Prize in 2017. She is the recipient of six honorary doctorates, is an Honorary Fellow of St Hilda's College, Oxford and a Visiting Professor at the University of Otago in New Zealand. She writes full time and divides her time between Edinburgh and East Neuk of Fife.