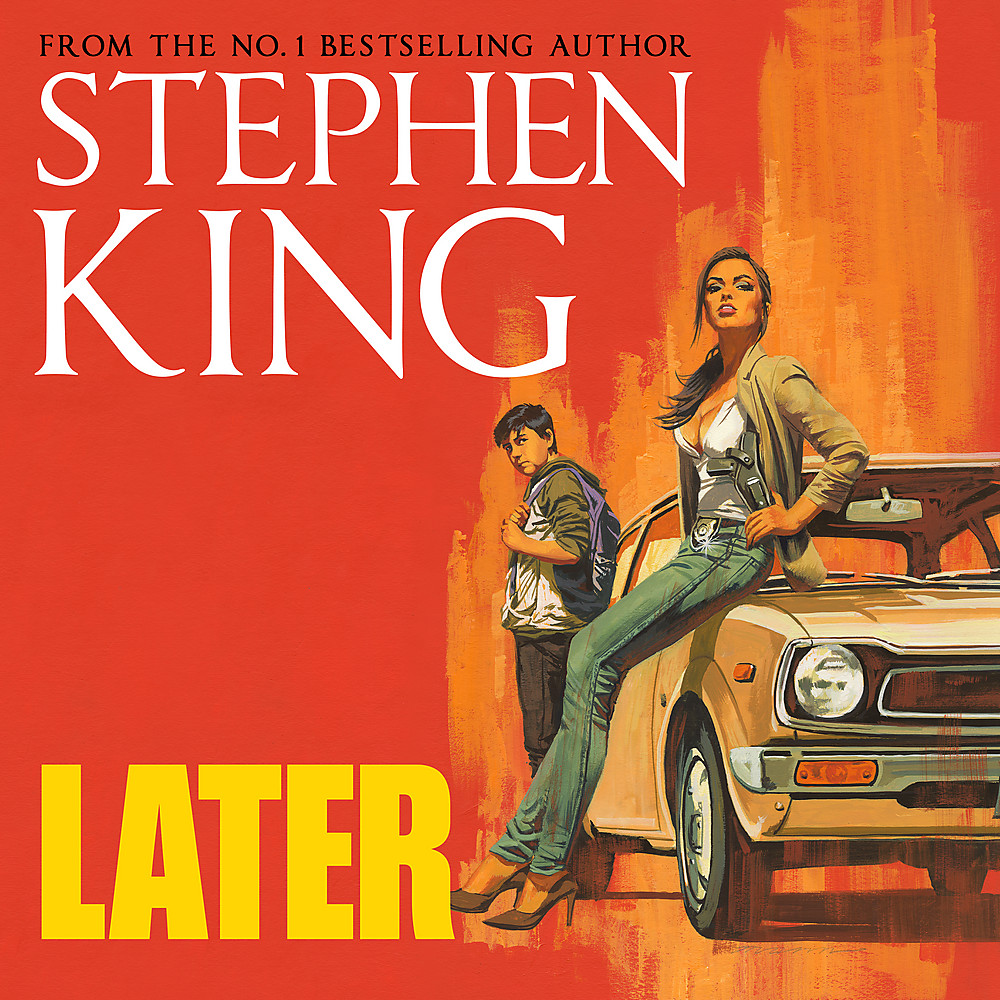 #1 bestselling author Stephen King returns with a brand-new novel about the secrets we keep buried and the cost of unearthing them.

SOMETIMES GROWING UP MEANS FACING YOUR DEMONSThe son of a struggling single mother, Jamie Conklin just wants an ordinary childhood. But Jamie is no ordinary child. Born with an unnatural ability his mom urges him to keep secret, Jamie can see what no one else can see and learn what no one else can learn. But the cost of using this ability is higher than Jamie can imagine as he discovers when an NYPD detective draws him into the pursuit of a killer who has threatened to strike from beyond the grave.LATER is Stephen King at his finest, a terrifying and touching story of innocence lost and the trials that test our sense of right and wrong. With echoes of King's classic novel IT, LATER is a powerful, haunting, unforgettable exploration of what it takes to stand up to evil in all the faces it wears.(P) 2021 Simon & Schuster Audio

Stephen King is the author of more than sixty books, all of them worldwide bestsellers. His recent work includes the Bill Hodges trilogy End of Watch, Finders Keepers, and Mr. Mercedes (an Edgar Award winner for Best Novel, and shortlisted for the CWA Gold Dagger Award).

Many of King's books have been turned into celebrated films, television series and streamed events including The Shawshank Redemption, Gerald's Game and It.King is the recipient of the 2014 National Medal of Arts and the 2003 National Book Foundation Medal for Distinguished Contribution to American Letters. He lives in Bangor, Maine, with his wife, novelist Tabitha King.