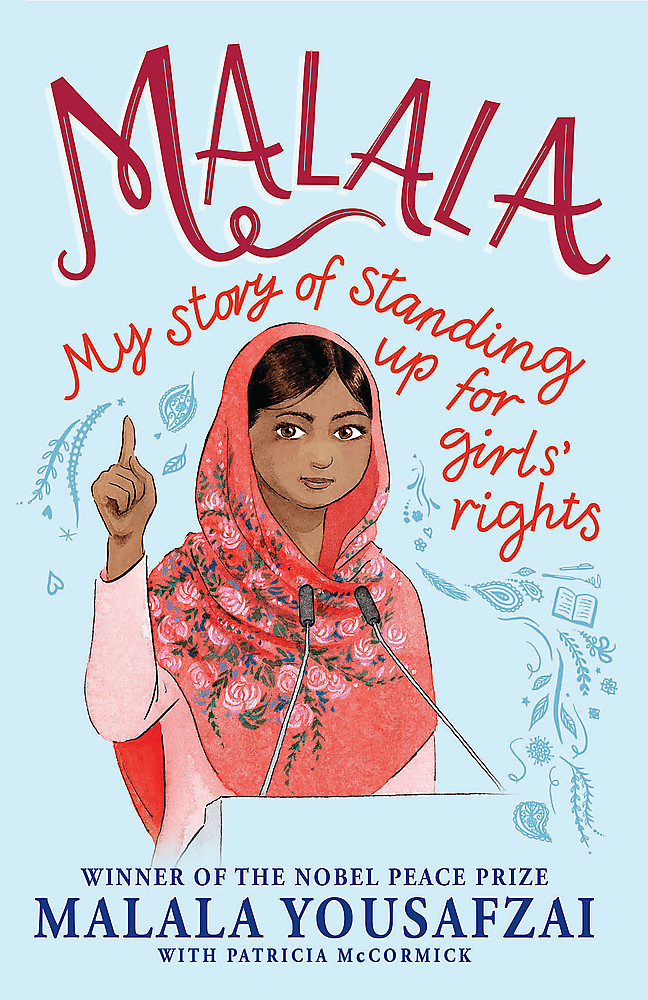 My Story of Standing Up for Girls' Rights

The extraordinary true story of a young girl's courage in the face of violence and extremism, and an incredible testament to what can be achieved when we stand up for what we believe in.

This illustrated adaptation of Nobel Peace Prize winner Malala Yousafzai's bestselling memoir, I Am Malala, introduces readers of 7+ to the remarkable story of a teenage girl who risked her life for the right to go to school. Raised in a changing Pakistan by an enlightened father from a poor background and a beautiful, illiterate mother, Malala was taught to stand up for her beliefs. When terrorists took control of her region and declared that girls were forbidden from going to school, Malala refused to sacrifice her education. And on 9 October 2012, she nearly paid the ultimate price for her courage when she was shot on her way home from school. The book follows Malala's incredible journey to recovery in the aftermath of the attack, from the life-saving surgery she receives in a Birmingham hospital to her reunion with her family and their eventual relocation to England. Today Malala is a global symbol of peaceful protest and the youngest ever person to be awarded the Nobel Peace Prize. Her story of bravery and determination in the face of extremism is more timely now than ever.

Malala Yousafzai, the educational campaigner from Swat Valley, Pakistan, came to public attention by writing for BBC Urdu about life under the Taliban. Using the pen name Gul Makai, she often spoke about her family's fight for girls' education in her community. In October 2012 Malala was targeted by the Taliban and shot while returning home from school. She survived and continues her campaign for education. In 2011, in recognition of her courage and advocacy, Malala was nominated for the International Children's Peace Prize and won Pakistan's first National Youth Peace Prize. She is the youngest person ever to be awarded a Nobel Peace Prize and has received numerous other awards, including the International Children's Peace Prize (2013), the Sakharov Prize for Freedom of Thought, and the Amnesty International Ambassador of Conscience Award. Malala now attends the University of Oxford and continues to champion universal access to education through Malala Fund (malala.org), a non-profit organisation that invests in community-led programs and supports education advocates around the world.