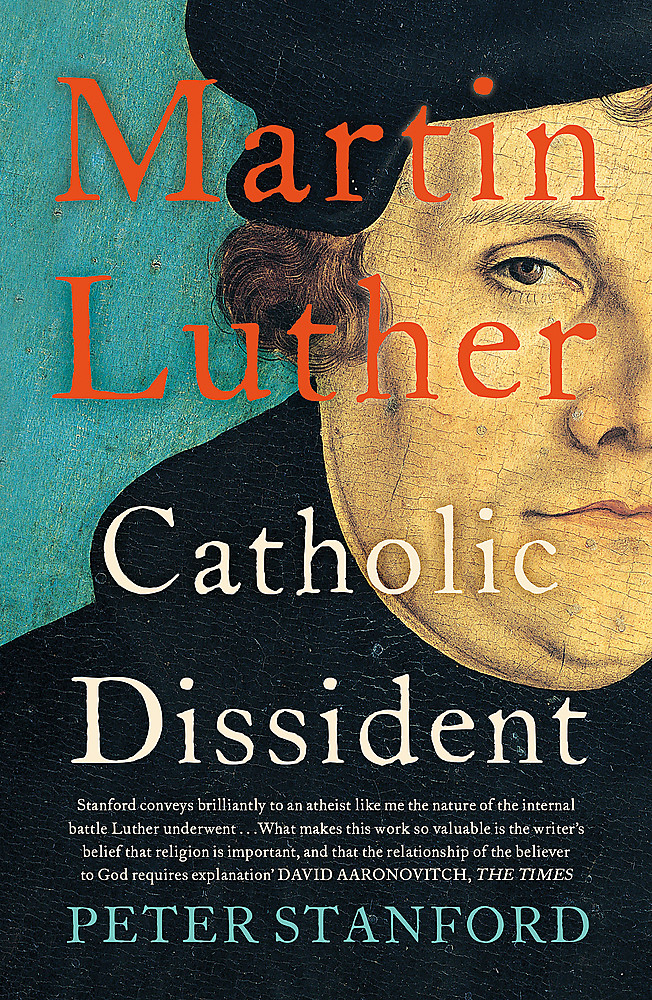 'A compelling biography of one of the greatest men of the modern age. Stanford is particularly brilliant on the tensions inside Luther's private and spiritual life. This is a very fine book, written with a flourish.' Melvyn Bragg

The 31st of October 2017 marks the 500th anniversary of Martin Luther pinning his 95 'Theses' - or reform proposals - to the door of his local university church in Wittenberg. Most scholars now agree that the details of this eye-catching gesture are more legend than hammer and nails, but what is certainly true is that on this day (probably in a letter to his local Archbishop in Mainz), the Augustinian Friar and theologian issued an outspokenly blunt challenge to his own Catholic Church to reform itself from within - especially over the sale of 'indulgences' - which ultimately precipitated a huge religious and political upheaval right across Europe and divided mainstream Christianity ever after.A new, popular biography from journalist Peter Stanford, looking at Martin Luther from within his Catholic context, examining his actual aims for Catholicism as well as his enduring legacy - and where he might fit within the church today. 'Peter Stanford makes the life of Luther into a thrilling narrative, told from a modern Catholic perspective' Antonia Fraser

Peter Stanford's previous investigations into the history, theology, enduring appeal and cultural significance of religious ideas include: Judas: The Troubling History of the Renegade Apostle; The Devil - A Biography; Heaven - A Traveller's Guide to the Undiscovered Country; and The She-Pope, an investigation of the Pope Joan legend. His other books include biographies of Bronwen Astor, Lord Longford and the Poet Laureate, C Day-Lewis, plus the polemical Catholics and Sex that became an award-winning Channel 4 series in 1992. He is a senior features writer at the Daily and Sunday Telegraph titles, and contributes to the Independent, the Observer, the Daily Mail and the Catholic weekly, the Tablet, where he is a columnist. He has presented programmes on BBC 1, Channel 4 and Channel 5, as well as BBC Radios 2 and 4 and the BBC World Service.