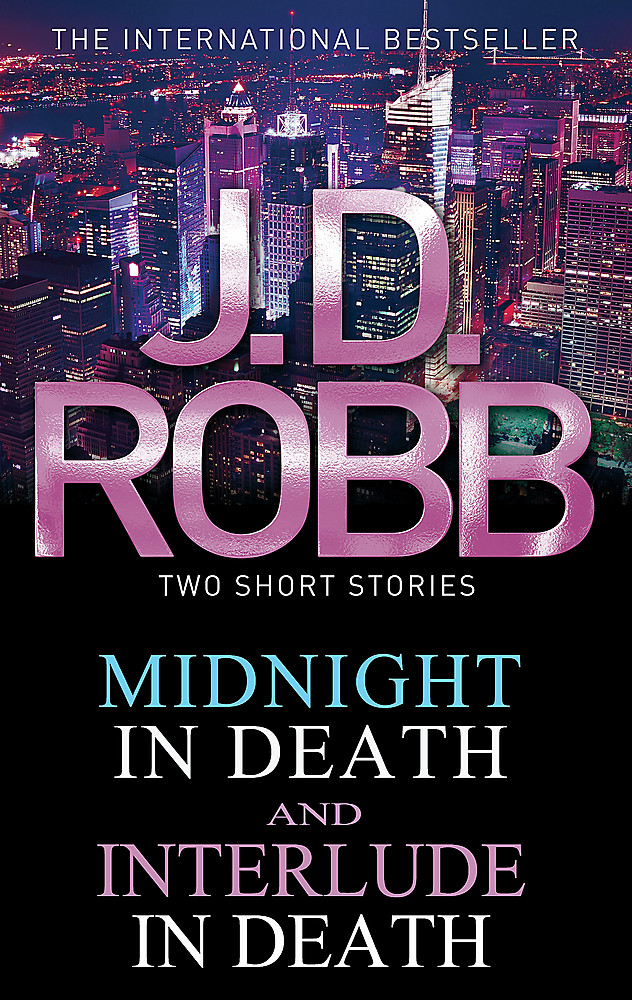 Midnight in Death/Interlude in Death

MIDNIGHT IN DEATH: Eve's name has made a Christmas list, but it's not for being naughty or nice. It's for putting a serial killer behind bars. Now he's escaped and has her in his sights. With her husband, Roarke, at her side, Eve must stop this madman from exacting his bloody revenge - or die trying. . .INTERLUDE IN DEATH: When respected Commander Skinner offers Lieutenant Eve Dallas a promotion if she'll give her husband Roarke up to custody, she reacts badly. Roarke's Irish past is murky, but he's a changed man - so what is the Commander after? With Eve and Skinner at one of Roarke's holiday resorts for a police convention, Skinner's thwarted vengeance soon brings death to their luxury surroundings.

Nora Roberts published her first novel using the pseudonym J.D. Robb in 1995, introducing to readers the tough as nails but emotionally damaged homicide cop Eve Dallas and billionaire Irish rogue, Roarke. With the IN DEATH series, Robb has become one of the biggest thriller writers on earth, with each new novel reaching number one on bestseller charts the world over. For more information, visit www.jd-robb.co.uk

Become a fan on Facebook at Nora Roberts and J. D. Robb.