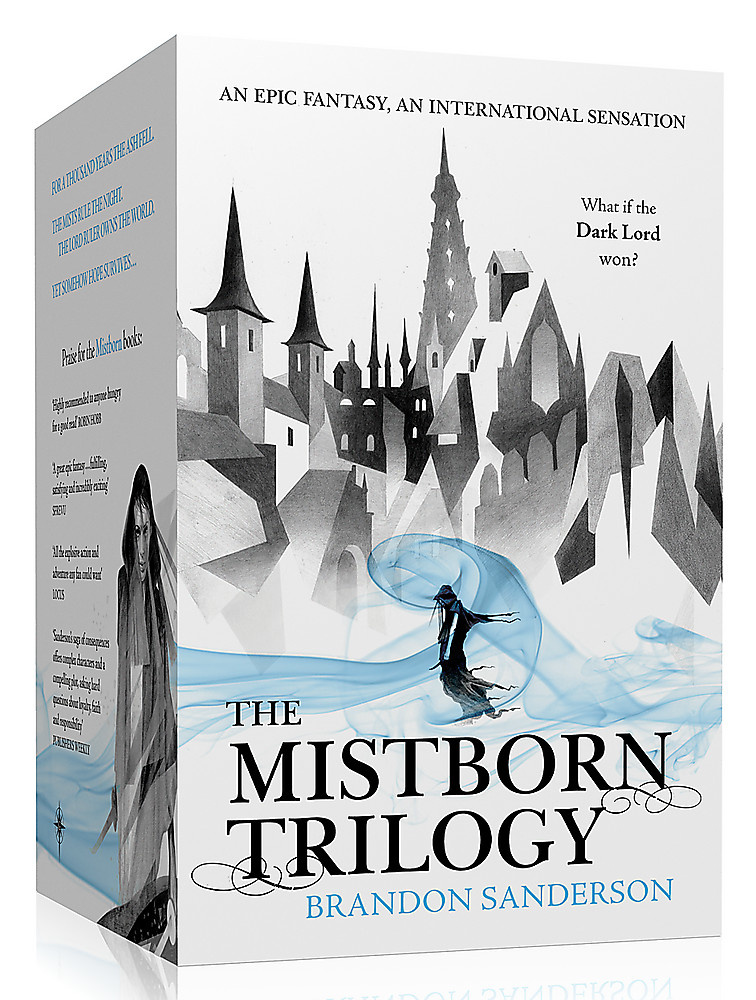 The Final Empire, The Well of Ascension, The Hero of Ages

A boxed set of the landmark fantasy from Brandon Sanderson, the man credited with breathing fresh life into Robert Jordan's WHEEL OF TIME.

An epic fantasy set in a world where the Dark Lord has gained dominion over the world.A world of ash and pain. A world subjugated. But a world where magic can be drawn from metals. A world waiting for a new heroine, a new hope.A word of mouth bestseller in the USA Brandon Sanderson's Mistborn trilogy have now become a massive hit in the UK, introducing readers to the work of one of the genre's great talents. A master of world building, sweeping plots, believable characters and engrossing magic systems.