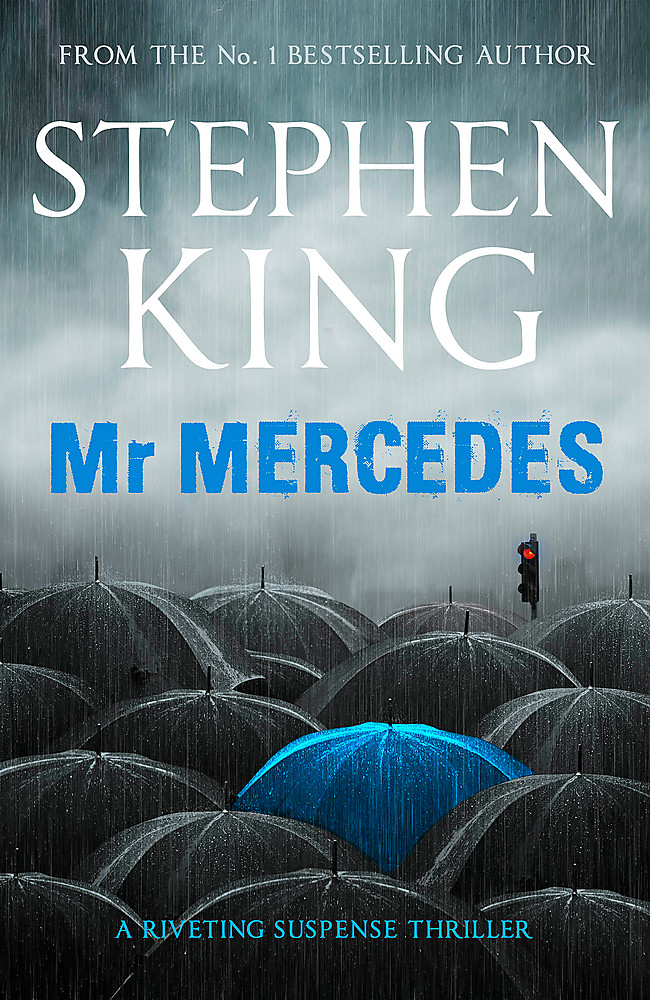 A cat-and-mouse suspense thriller featuring a retired homicide detective who's haunted by the few cases he left open, and by one in particular - the pre-dawn slaughter of eight people among hundreds gathered in line for the opening of a jobs fair when the economy was guttering out. Without warning, a lone driver ploughed through the crowd in a stolen Mercedes. The plot is kicked into gear when Bill Hodges receives a letter in the mail, from a man claiming to be the perpetrator. He taunts Hodges with the notion that he will strike again. Hodges wakes up from his depressed and vacant retirement, hell-bent on preventing that from happening.

Brady Hartfield lives with his alcoholic mother in the house where he was born. And he's preparing to kill again. Only Hodges, with a couple of misfit friends, can apprehend the killer in this high-stakes race against time. Because Brady's next mission, if it succeeds, will kill or maim hundreds, even thousands...

Stephen King is the bestselling author of more than 50 books. His recent work includes Doctor Sleep and Under the Dome, now a major TV series. His novel 11.22.63 won the Los Angeles Times Book Prize for Mystery/Thriller as well as the Best Hardcover Book Award from the International Thriller Writers Association.

Many of his books have been turned into celebrated films including Misery, The Shawshank Redemption and The Green Mile. He is the recipient of the 2003 National Book Foundation Medal for Distinguished Contribution to American Letters. He lives with his wife, novelist Tabitha King, in Maine, USA.