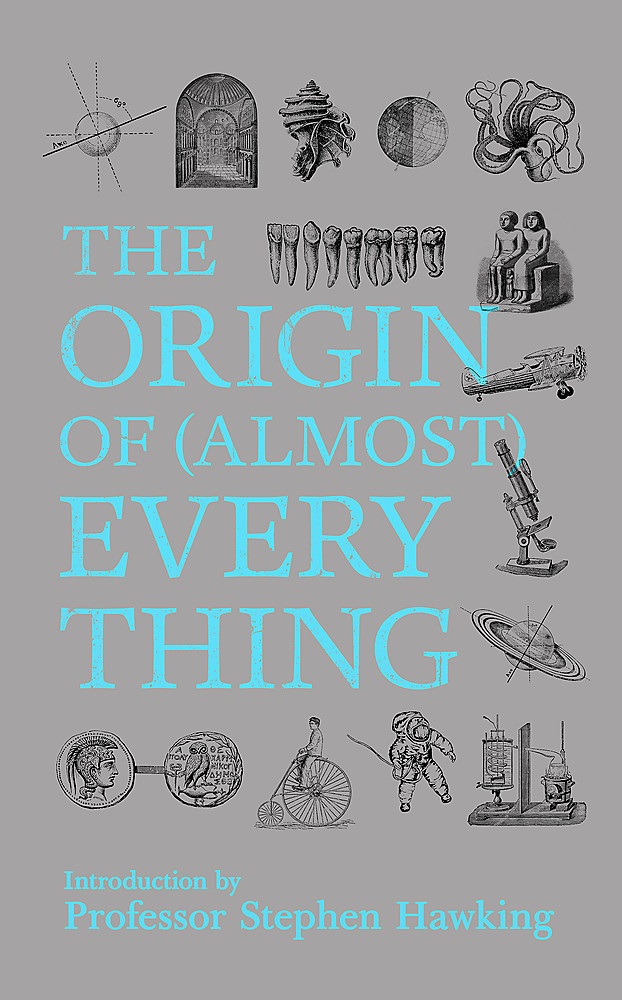 New Scientist: The Origin of (almost) Everything

When Edwin Hubble looked into his telescope in the 1920s, he was shocked to find that nearly all of the galaxies he could see through it were flying away from one another. If these galaxies had always been travelling, he reasoned, then they must, at some point, have been on top of one another. This discovery transformed the debate about one of the most fundamental questions of human existence - how did the universe begin?Every society has stories about the origin of the cosmos and its inhabitants, but now, with the power to peer into the early universe and deploy the knowledge gleaned from archaeology, geology, evolutionary biology and cosmology, we are closer than ever to understanding where it all came from. In The Origin of (almost) Everything, New Scientist explores the modern origin stories of everything from the Big Bang, meteorites and dark energy, to dinosaurs, civilisation, timekeeping, belly-button fluff and beyond.From how complex life evolved on Earth, to the first written language, to how humans conquered space, The Origin of (almost) Everything offers a unique history of the past, present and future of our universe.

Since 1956, New Scientist has established a world-beating reputation for exploring and uncovering the latest developments and discoveries in science and technology, placing them in context and exploring what they mean for the future. Each week through a variety of different channels, including print, online, social media and more, New Scientist reaches over 5 million highly engaged readers around the world.Follow New Scientist on Twitter: @newscientistGraham Lawton (Author) After a degree in biochemistry and a MSc in science communication, both from Imperial College, Graham Lawton landed at New Scientist, where he has been for almost all of the 21st century, first as features editor and now as executive editor. His writing and editing have won a number of awards.Follow Graham on Twitter: @GrahamLawtonJennifer Daniel (Illustrator) Jennifer Daniel is the author of SPACE!, a picture book explaining the universe through unusual visual forms. Her graphics have been translated into over ten languages and featured on NPR's Morning Edition, Sweden's Dagens Nyheter and in the New York Times. Jennifer has been recognised by many fancy design, illustration, and journalism awards including D&AD's Gold Pencil (London), Art Directors Club Gold Cube (New York), and Society of Publication Design Gold Medal (New York). She speaks about journalism and design for organisations such as Society of News Design, SXSW, and Creative Mornings. She lives in Oakland California, with her husband and two children.Follow Jennifer on Twitter: @jenniferdanielStephen Hawking (Introduction by)Stephen Hawking is the former Lucasian Professor of Mathematics at the University of Cambridge and author of A Brief History of Time which was an international bestseller. He is now the Dennis Stanton Avery and Sally Tsui Wong-Avery Director of Research at the Department of Applied Mathematics and Theoretical Physics and Founder of the Centre for Theoretical Cosmology at Cambridge.