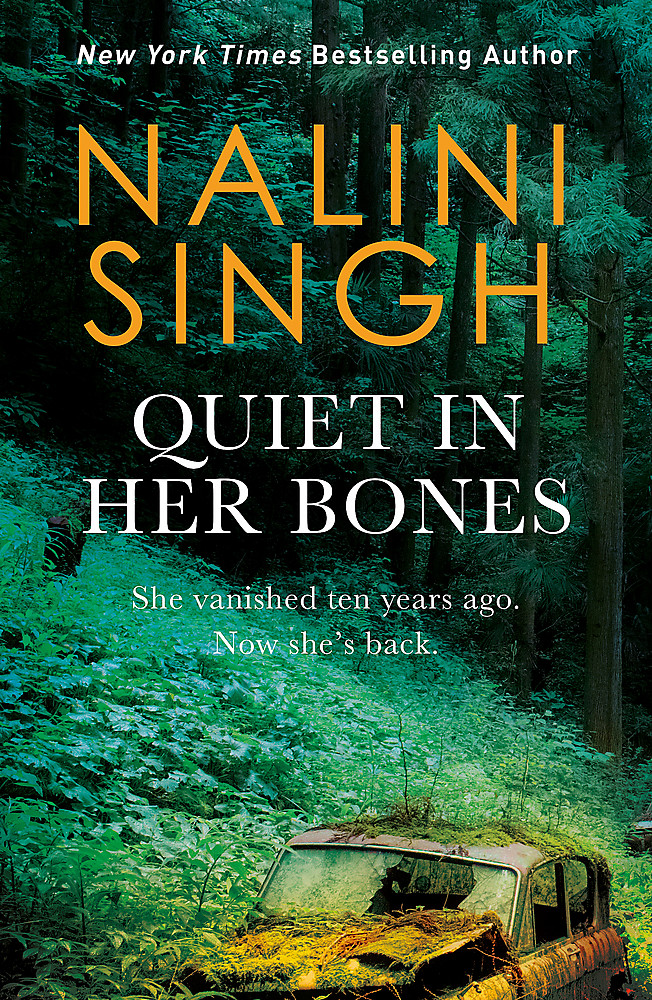 Quiet In Her Bones

In this gripping thriller set in New Zealand, New York Times bestselling author Nalini Singh takes you into the twisted world of an exclusive cul-de-sac located on the edge of a sprawling forest.

My mother vanished ten years ago.So did a quarter of a million dollars in cash.Now, she's back.Her bones clothed in scarlet silk.When socialite Nina Rai disappeared without a trace, everyone wrote it off as another trophy wife tired of her wealthy husband. But now her bones have turned up in the shadowed green of the forest that surrounds her elite neighbourhood, a haven of privilege and secrets that's housed the same influential families for decades.The rich live here, along with those whose job it is to make their lives easier. And somebody knows what happened to Nina one rainy night ten years ago. Her son Aarav heard a chilling scream that night, and he's determined to uncover the ugly truth that lives beneath the moneyed elegance . . . but no one is ready for the murderous secrets about to crawl out of the dark.Even the dead aren't allowed to break the rules in this cul-de-sac.Praise for A Madness of Sunshine:'Singh puts her previous writing experience to great effect in this accomplished novel' Sunday Times'An atmospheric read with a compelling sense of the spectacular rugged landscape' Guardian