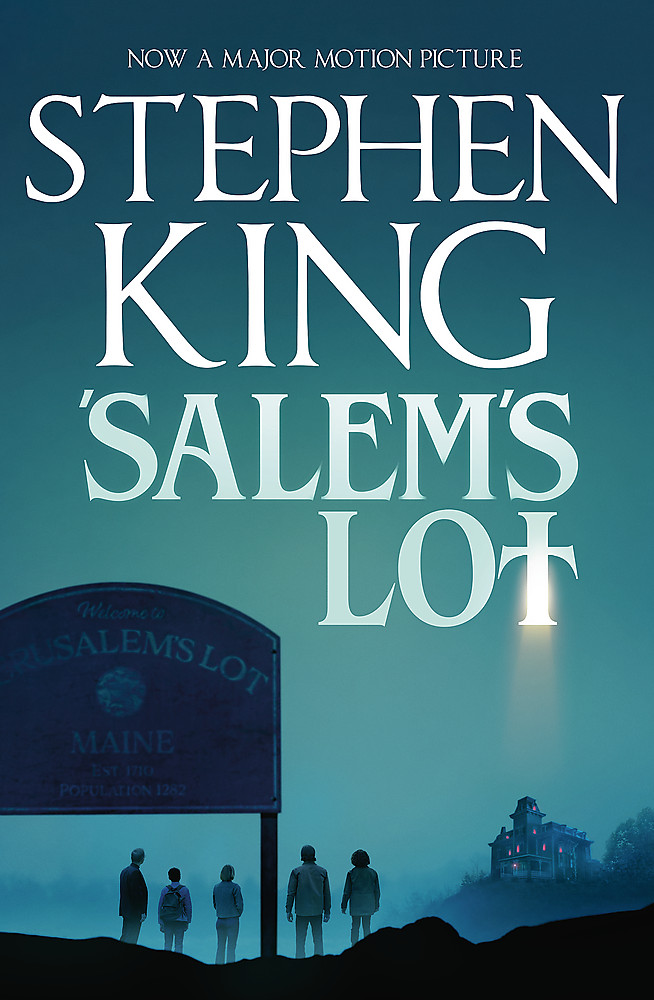 #1 BESTSELLER. Soon to be a new major motion picture. Writer Ben Mears has returned to his childhood home of Jerusalem's Lot in hopes that exploring the history of the Marsten House, an old mansion long the subject of rumor and speculation, will help him cast out his personal devils and provide inspiration for his new book.

'Salem's Lot is a small New England town with white clapboard houses, tree-lined streets, and solid church steeples. Of course there are tales of strange happenings - but no more than in any other such town.Ben Mears has returned to the Lot to write a novel and exorcise the terrors that have haunted him since childhood - since the event he witnessed in the Marsten house.He finds the house has been rented by a newcomer, a man who causes Ben some unease. And then things start to happen: a child disappears, a dog is brutally killed - nothing unusual, except the list keeps growing . . .

STEPHEN KING is the author of more than seventy books, all of them worldwide bestsellers. Among his most celebrated chilling classics are Christine, Cujo, Doctor Sleep, Firestarter and The Shining. King's recent bestsellers include the highly acclaimed Billy Summers, If It Bleeds, The Institute and The Outsider.

Many of his titles, such as IT, Mr Mercedes and Rita Hayworth and Shawshank Redemption are the basis for major motion pictures, TV series and streamed events, with IT now the highest grossing horror film ever, and The Shawshank Redemption, which is IMDb's top-rated movie of all time. Stephen King was the recipient of the 2020 Audio Publishers Association LIfetime achievement Award, the 2018 PEN America Literary Service Award, the 2014 National Medal of Arts and the 2003 National Book Foundation Medal for Distinguished Contribution to American Letters. In 2007, he also won the Grand Master Award from the Mystery Writers of America. He lives in Maine, with his wife novelist Tabitha King.