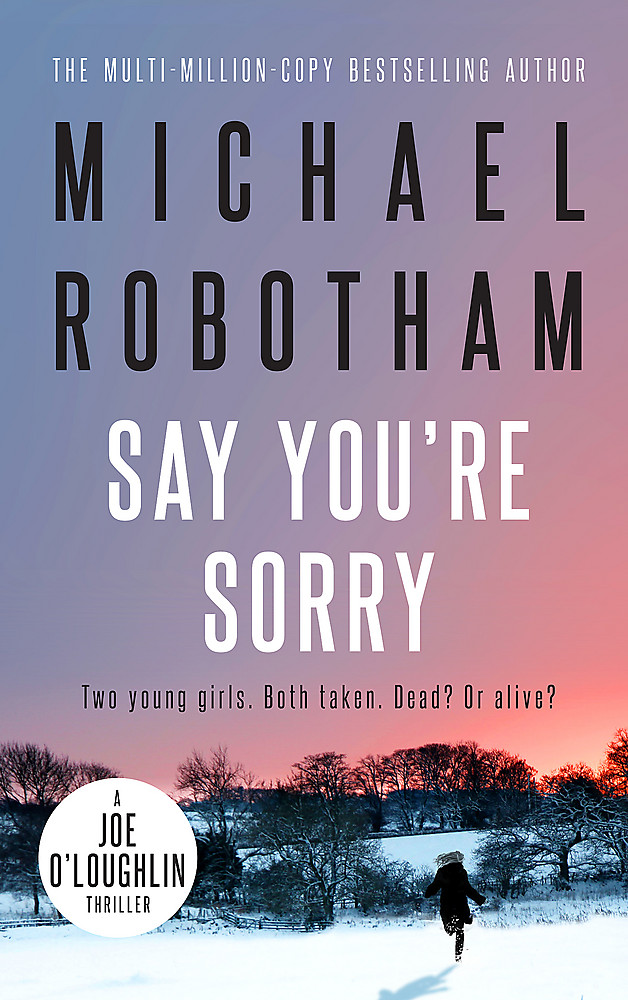 When best friends Piper and Tash disappear one Sunday morning, the investigation captivates a nation but the teenage girls are never found. Three years later, during the worst blizzard in a century, a husband and wife are brutally killed in the farmhouse where Tash McBain once lived. A suspect is in custody, a troubled young man who can hear voices and claims that he saw a girl that night being chased by a snowman.Convinced that Piper or Tash might still be alive, clinical psychologist Joe O'Loughlin persuades police to reopen the investigation, but the closer he gets to the truth, the more dangerous it becomes...SAY YOU'RE SORRY is a nerve-shredding psychological thriller from one of the most brilliant crime authors of today, Michael Robotham.