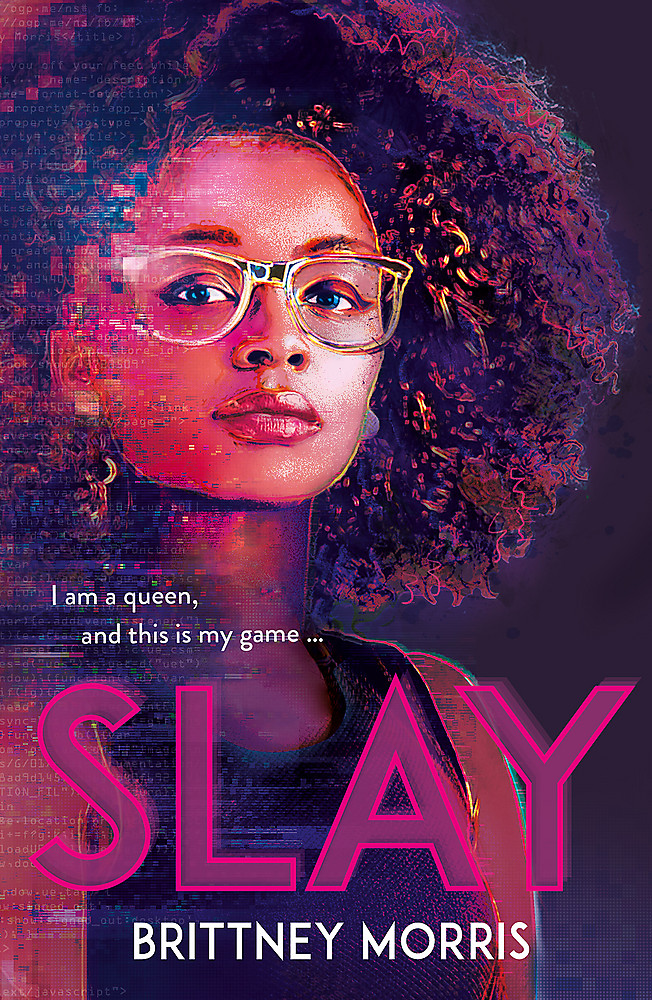 the Black Panther-inspired novel about virtual reality, safe spaces and celebrating your identity

'We are different ages, genders and traditions ... but tonight we all SLAY'

Black Panther meets Ready Player One. A fierce teen game developer battles a real-life troll intent on ruining the Black Panther-inspired video game she created and the safe community it represents for black gamers.By day, seventeen-year-old Kiera Johnson is a college student, and one of the only black kids at Jefferson Academy. By night, she joins hundreds of thousands of black gamers who duel worldwide in the secret online role-playing card game, SLAY.No one knows Kiera is the game developer - not even her boyfriend, Malcolm. But when a teen in Kansas City is murdered over a dispute in the SLAY world, the media labels it an exclusionist, racist hub for thugs.With threats coming from both inside and outside the game, Kiera must fight to save the safe space she's created. But can she protect SLAY without losing herself?

Brittney Morris holds a BA in Economics from Boston University. She spends her spare time reading, playing indie video games, and enjoying the Seattle rain from the comfort of her apartment. She lives with her husband Steven who would rather enjoy the rain from a campsite in the woods because he hasn't seen enough horror movies. Brittney is was chosen as a Novel-In-A-Day participant 2016, is a four-time NaNoWriMo winner, and an active informal mentor in #PitMad and #DVPit. She is also a 2018 Pitch Wars mentor.