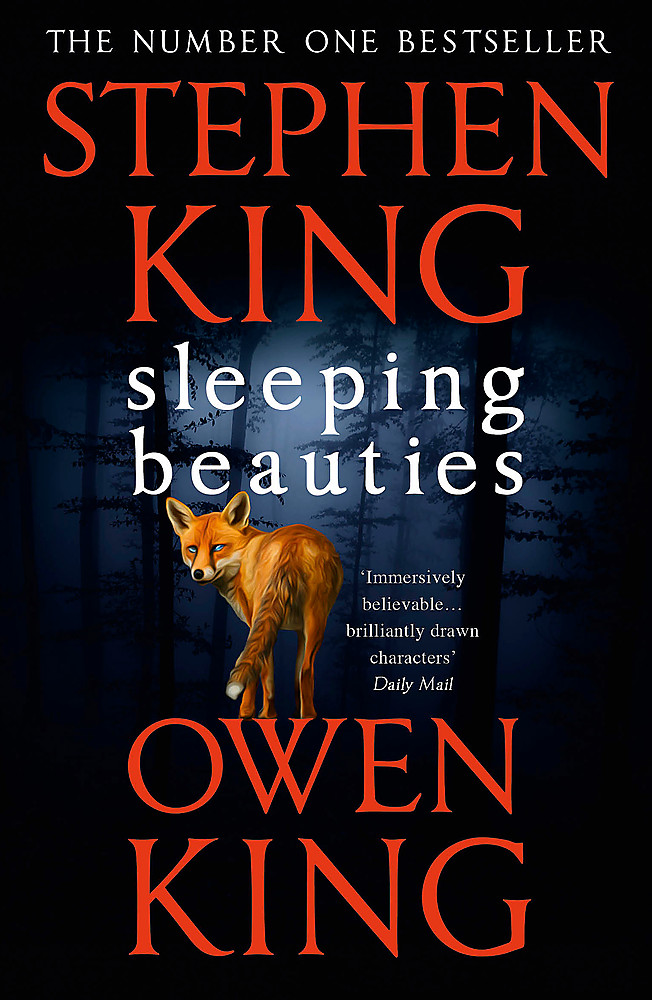 In this spectacular father/son collaboration, Stephen King and Owen King tell the highest of high-stakes stories: what might happen if women disappeared from the world of men?

All around the world, something is happening to women when they fall asleep; they become shrouded in a cocoon-like gauze. If awakened, if the gauze wrapping their bodies is disturbed, the women become feral and spectacularly violent...In the small town of Dooling, West Virginia, the virus is spreading through a women's prison, affecting all the inmates except one. Soon, word spreads about the mysterious Evie, who seems able to sleep - and wake. Is she a medical anomaly or a demon to be slain? The abandoned men, left to their increasingly primal devices, are fighting each other, while Dooling's Sheriff, Lila Norcross, is just fighting to stay awake.And the sleeping women are about to open their eyes to a new world altogether...

His recent work includes The Bazaar of Bad Dreams, Mr Mercedes (an Edgar Award winner for Best novel), Finders Keepers and End of Watch. Many of Stephen King's films have been turned into hugely successful movies and TV series including MISERY, THE SHAWSHANK REDEMPTION and IT.He is the recipient of the 2014 National Medal of Arts and the 2003 National Book Foundation Medal for Distinguished Contribution to American Letters. He lives in Bangor, Maine, with his wife, novelist Tabitha King.Owen King is the author of Double Feature, We're All in This Together: A Novella and Stories, and the co-editor of Who Can Save Us Now? Brand-New Superheroes and Their Amazing (Short) Stories. Owen's writing has appeared in Grantland, One Story, The New York Times Book Review, Prairie Schooner, and Subtropics, among other publications. Owen has also taught creative writing at Columbia University and Fordham University. He is married to the novelist Kelly Braffet.