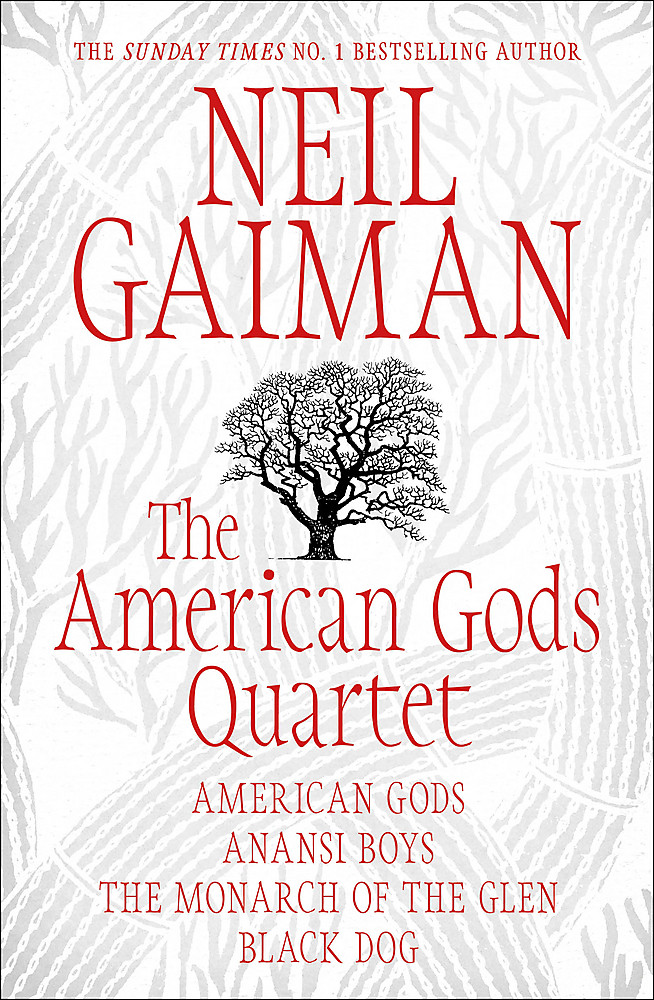 Collected together for the first time, the extraordinary American Gods quartet from bestselling author and master storyteller Neil Gaiman. Award-winning, internationally acclaimed, beloved by readers everywhere and now an Emmy-nominated Amazon Prime TV series, this epic world is perfect for fans of His Dark Materials, Game of Thrones and Terry Pratchett.

<font size="+1"> 'Original, engrossing and endlessly inventive' George R.R. Martin</font><font size="+1"> 'Gaiman is god in the universe of story' Stephen Fry</font>Step into a kaleidoscopic world where gods walk among us, and prepare to believe. Embark on a meandering road trip which is part thriller, part murder mystery, part romance - and everything in between. What did people first believe when they came to America? And what happened to the myths they believed in? Two novels and two novellas from storytelling genius Neil Gaiman: AMERICAN GODS. ANANSI BOYS. THE MONARCH OF THE GLEN. BLACK DOG. <font size="+1"> Praise for Neil Gaiman:</font> 'Gaiman's achievement is to make the fantasy world seem true' The Times'Gaiman is, simply put, a treasure-house of story, and we are lucky to have him' Stephen King'Fantasy rooted in the darkest corners of reality' Independent on Sunday 'In prose that dances and dazzles, Gaiman describes the indescribable' Susanna Clarke'One of the best fabulists of our age' Financial Times'A rich imagination . . . and an ability to tackle large themes' Philip Pullman 'His mind is a dark, fathomless ocean, and every time I sink into it, this world fades, replaced by one far more terrible and beautiful in which I will happily drown' New York Times Book Review'Neil Gaiman is a star. He constructs stories like some demented cook might make a wedding cake, building layer upon layer, including all kinds of sweet and sour in the mix' Clive Barker

Neil Gaiman is the No.1 Sunday Times and New York Times bestselling writer of books, graphic novels, short stories, film and television for all ages, and is known for creating extraordinary worlds beyond imagination. He has been awarded numerous literary honours and many of his books have been made into films and adapted for TV and radio. In recent years, Neil wrote and was the showrunner for a critically acclaimed television adaptation of Good Omens, the seminal novel he co-authored with the late Sir Terry Pratchett. He has also written two episodes of Doctor Who and appeared in The Simpsons as himself.

In 2017, Neil became a Goodwill Ambassador for UNHCR, the UN Refugee Agency. He received a Doctor of Letters from the University of St Andrews, is a Professor in the Arts at Bard College and is a Royal Society of Literature fellow. Born in the UK, Neil now mostly lives in America, and travels all around the world every year appearing at festivals, events and conventions.