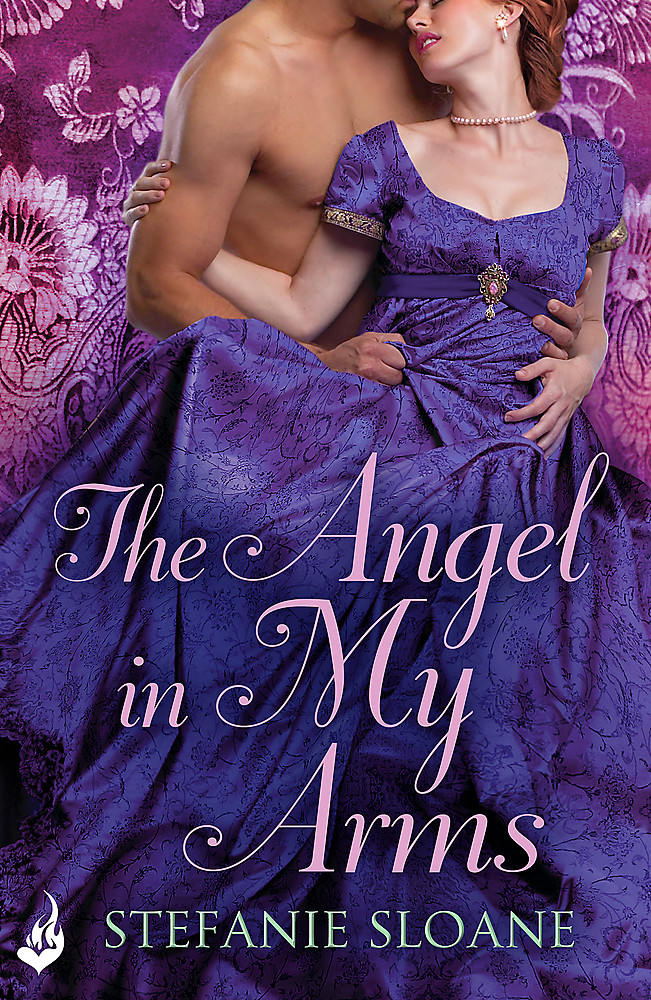 The Angel In My Arms: Regency Rogues Book 2

The second in Stefanie Sloane's intoxicating series of rogues and romance in which a dedicated spy learns the true meaning of surrender. Perfect for fans of Sabrina Jeffries, Stephanie Laurens and Eloisa James.

To Young Corinthian agent Marcus MacInnes, the Earl of Weston, his latest mission involving a smuggling ring with ties to Napoleon seems ridiculous at first, but becomes all too threatening as pieces of the puzzle begin to fall into place. And the most troubling piece of all? Miss Sarah Tisdale, an unconventional beauty whose lust for life is rivalled only by her ability to drive Marcus to distraction. When her family comes under suspicion, Marcus must watch her very closely - even if her touch ignites the fiery desire burning beneath his cool facade.When it comes to suitors, Sarah's lush curves and kissable lips aren't enough to compensate for her wilful nature. She's tasted disappointment before, but flirting with the sinfully handsome Marcus is a pastime worth savouring - even when it leads to wicked pleasures. When Sarah's life is in jeopardy, Marcus discovers that the passion between them can no longer be denied - and he'll do anything to keep her in his arms.For more sweeping romance check out The Sinner Who Seduced Me and The Devil In Disguise.

A native Northwesterner with the pale skin to prove it, Stefanie Sloane credits her parents' eclectic reading habits - not to mention their decision to live in the middle of nowhere - for her love of books. A childhood spent lost in the pages of countless novels led Stefanie to college where she majored in English. No one was more surprised than Stefanie when she actually put her degree to use and landed a job in Amazon.com Books editorial department. She spent over five years reading for a living before retiring to concentrate on her own stories. Stefanie currently resides with her family in Seattle. Visit her website at www.stefaniesloane.com, follow her on Twitter @stefaniesloane and find her on Facebook at www.facebook.com/stefaniesloane.