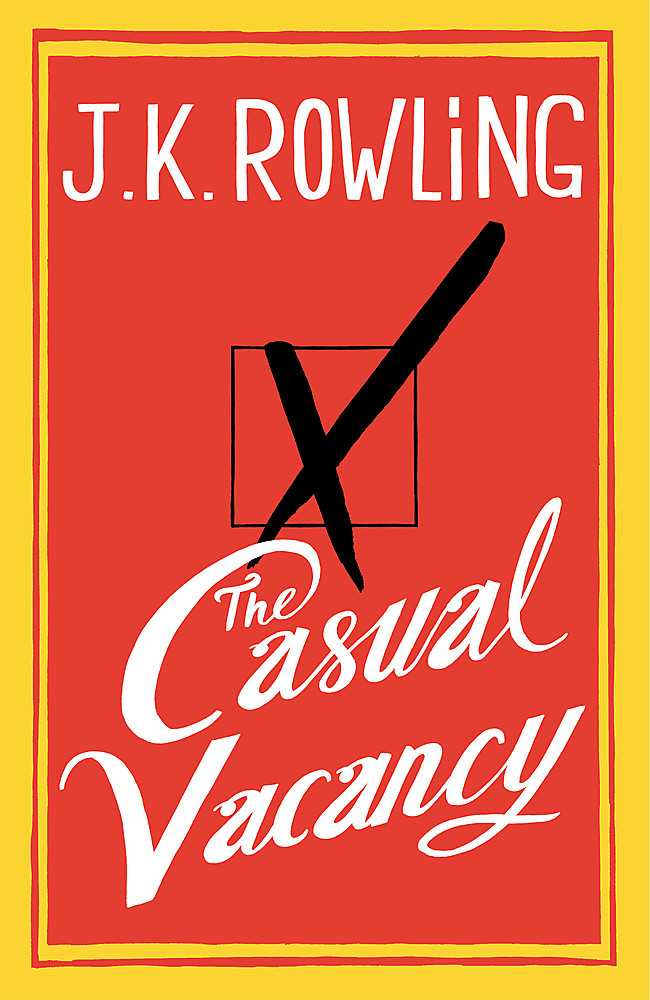 When Barry Fairbrother dies in his early forties, the town of Pagford is left in shock.

Pagford is, seemingly, an English idyll, with a cobbled market square and an ancient abbey, but what lies behind the pretty facade is a town at war.Rich at war with poor, teenagers at war with their parents, wives at war with their husbands, teachers at war with their pupils... Pagford is not what it first seems.And the empty seat left by Barry on the parish council soon becomes the catalyst for the biggest war the town has yet seen. Who will triumph in an election fraught with passion, duplicity and unexpected revelations A big novel about a small town, The Casual Vacancy is J.K. Rowling's first novel for adults. It is the work of a storyteller like no other.

J.K Rowling is the author of the bestselling Harry Potter series of seven books, published between 1997 and 2007, which have sold over 450 million copies worldwide, are distributed in more than 200 territories, translated into 73 languages and have been turned into eight blockbuster films. She has also written two small volumes, which appear as the titles of Harry's schoolbooks within the novels. Fantastic Beasts and Where to Find Them and Quidditch Through the Ages were published by Bloomsbury Children's Books in March 2001 in aid of Comic Relief. In December 2008, The Tales of Beedle the Bard was published in aid of the Children's High Level Group and quickly became the fastest selling book of the year. As well as an OBE for services to children's literature, J.K Rowling is the recipient of numerous awards and honorary degrees including the Prince of Asturias Award for Concord, France's Legion d'Honneur and the Hans Christian Andersen Award and she has been a Commencement Speaker at Harvard University USA. She supports a wide number of charitable causes through her charitable trust Volant and is the founder of Lumos, a charity working to transform the lives of disadvantaged children.