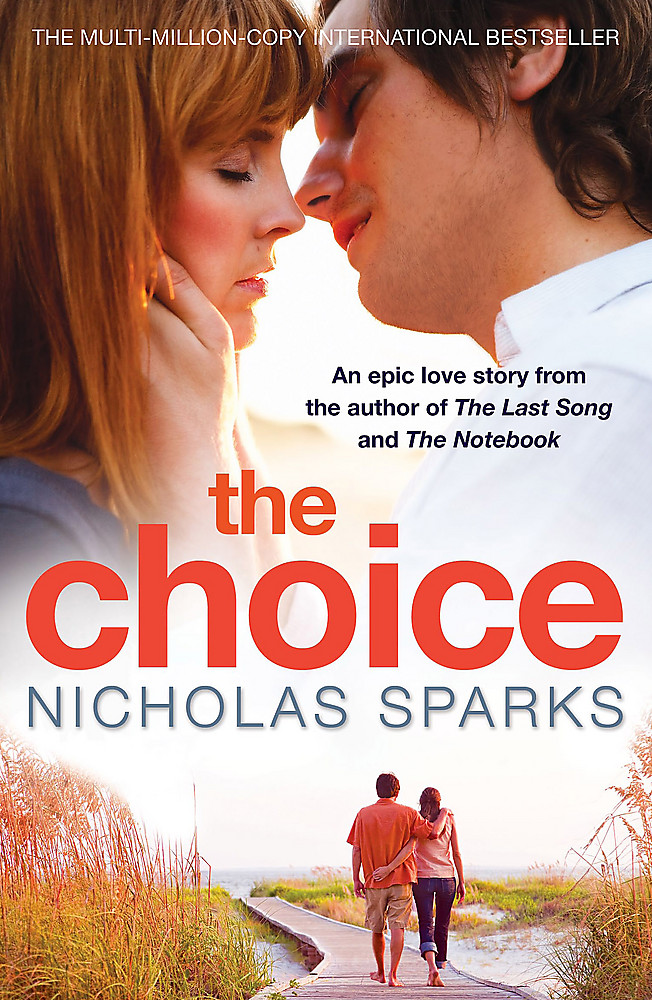 Travis Parker has everything a man could want: a good job; loyal friends; his dream home in small-town North Carolina. In full pursuit of the good life, he believes that a serious relationship with a woman would only cramp his style.

That is until Gabby Holland moves in next door. Despite Travis's attempts to be friendly, she seems to have a chip on her shoulder about him. But something compels Travis to get to know his new neighbour. His persistent efforts lead them both to make tough decisions, the consequences of which neither could have foreseen.The Choice confronts us with that most heart-wrenching question of all: how far would you go to keep the hope of love alive