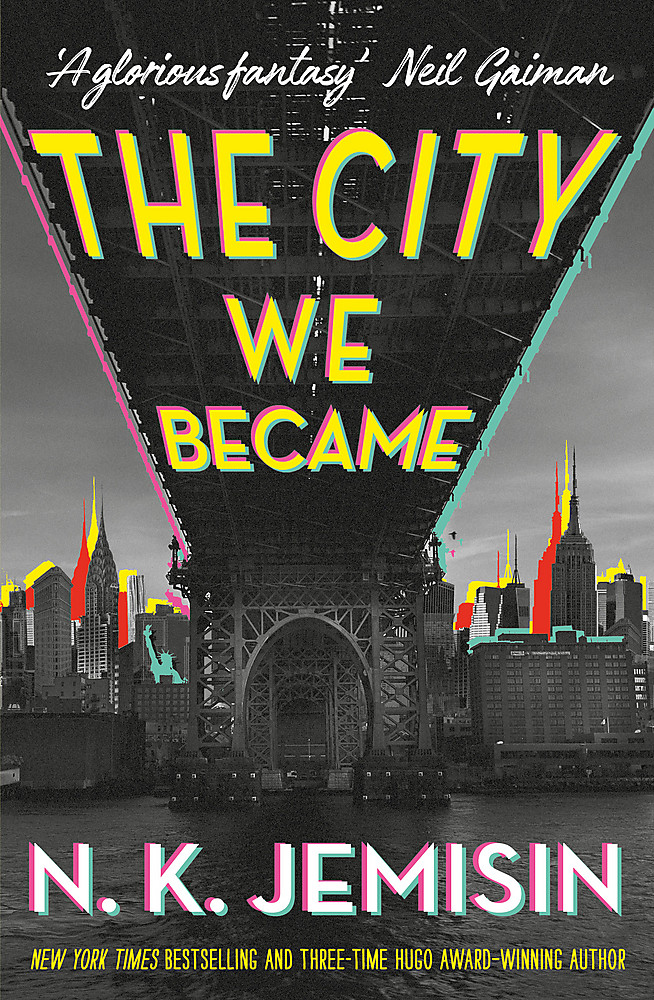 The City We Became

'A glorious fantasy, set in that most imaginary of cities, New York' Neil Gaiman on THE CITY WE BECAME

'The most celebrated science fiction and fantasy writer of her generation... Jemisin seems able to do just about everything' NEW YORK TIMES 'Jemisin is now a pillar of speculative fiction, breathtakingly imaginative and narratively bold' ENTERTAINMENT WEEKLYFive New Yorkers must band together to defend their city in the first book of a stunning new series by Hugo award-winning and New York Times bestselling author N. K. Jemisin.Every city has a soul. Some are as ancient as myths, and others are as new and destructive as children. New York City? She's got five. But every city also has a dark side. A roiling, ancient evil stirs beneath the earth, threatening to destroy the city and her five protectors unless they can come together and stop it once and for all.'The most critically acclaimed author in contemporary science fiction and fantasy'GQ'N. K. Jemisin is a powerhouse of speculative fiction' BUSTLE

N. K. Jemisin is the first author in the genre's history to win three consecutive Best Novel Hugo Awards, for her Broken Earth trilogy. She is a MacArthur 2020 Genius Grant Fellow. Her work has won the Nebula and Locus Awards, and the first book in her current Great Cities trilogy, The City We Became, is a New York Times bestseller. Among other critical work, she was formerly the speculative book reviewer at the New York Times. In her spare time she's a gamer and gardener, responsible for saving the world from Ozymandias, her dangerously intelligent ginger cat, and his destructive sidekick Magpie. Essays and fiction excerpts are available at nkjemisin.com.