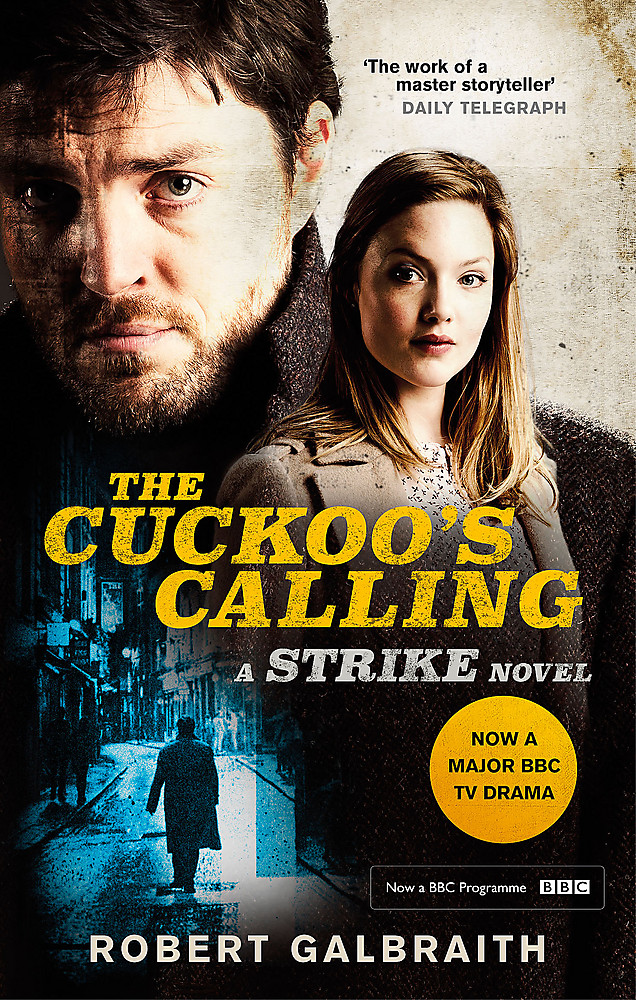 -----Now a major BBC drama: The Strike series When a troubled model falls to her death from a snow-covered Mayfair balcony, it is assumed that she has committed suicide. However, her brother has his doubts, and calls in private investigator Cormoran Strike to look into the case.Strike is a war veteran - wounded both physically and psychologically - and his life is in disarray. The case gives him a financial lifeline, but it comes at a personal cost: the more he delves into the young model's complex world, the darker things get - and the closer he gets to terrible danger . . .A gripping, elegant mystery steeped in the atmosphere of London - from the hushed streets of Mayfair to the backstreet pubs of the East End to the bustle of Soho - The Cuckoo's Calling is a remarkable book. Introducing Cormoran Strike, this is the acclaimed first crime novel by J.K. Rowling, writing under the pseudonym Robert Galbraith. *** The latest book in the thrilling Strike series, TROUBLED BLOOD is out now! *** ----- PRAISE FOR THE STRIKE SERIES: 'One of the most unique and compelling detectives I've come across in years' MARK BILLINGHAM 'The work of a master storyteller' DAILY TELEGRAPH 'Unputdownable. . . Irresistible' SUNDAY TIMES 'Will keep you up all night' OBSERVER 'A thoroughly enjoyable classic' PETER JAMES, SUNDAY EXPRESS