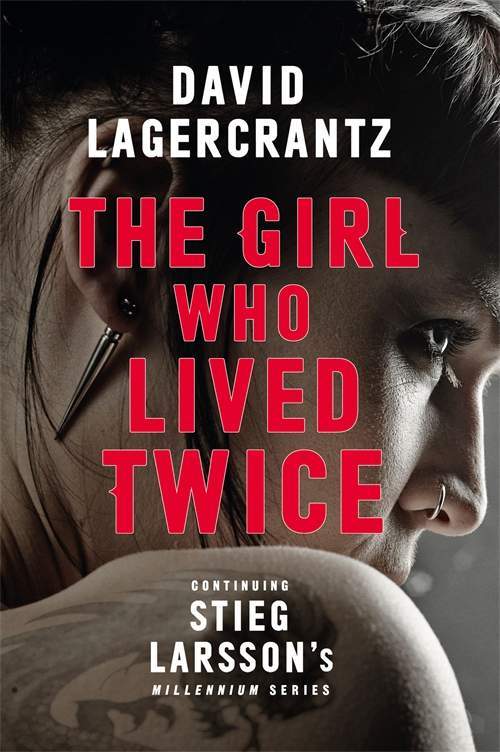 The Girl Who Lived Twice

The sixth in the Millennium series featuring THE GIRL WITH THE DRAGON TATTOO - more than 100 million copies sold worldwide.

***"SALANDER IS CENTRE-STAGE . . . A PACY READ" SUNDAY EXPRESS"A MURDER MYSTERY INSIDE AN ESPIONAGE CONSPIRACY WRAPPED IN AN ACTION THRILLER - SHOULD LEAVE SALANDER'S LEGION OF FOLLOWERS CLAMORING FOR MORE" WALL STREET JOURNAL***"What are you going to do now?" "I will be the hunter and not the hunted." Lisbeth Salander's mentor and protector Holger Palmgren is dead, and she has been gone from Stockholm since his funeral. All summer, Mikael Blomkvist has been plagued by the fear that Salander's enemies will come after her. He should, perhaps, be more concerned for himself. In the pocket of an unidentified homeless man, who died with the name of a Swedish government minister on his lips, the police find a list of telephone numbers. Among them, the contact for Millennium magazine and the investigative journalist Mikael Blomkvist. Following the scorched trail of her twin sister Camilla to Moscow, Salander nevertheless continues to watch over her old friend. Soon Blomkvist will need her help. But first, she has an old score to settle; and fresh outrage to avenge. The next episode in David Lagercrantz's acclaimed continuation of Stieg Larsson's Dragon Tattoo series is a thrilling ride that scales the heights of Everest and plunges the depths of Russia's criminal underworld. In a climax of shattering violence, Lisbeth Salander will face her nemesis. For the girl with the dragon tattoo, the personal is always political - and ultimately deadly.

David Lagercrantz was born in 1962, and is an acclaimed author and journalist. In 2015 The Girl in the Spider's Web, his continuation of Stieg Larsson's Millennium Trilogy, became a worldwide bestseller and was made into a film by Sony Pictures (2018). He is the author of the acclaimed and bestselling I am Zlatan Ibrahimovic, Fall of Man in Wilmslow, and the fifth in the Millennium series, The Girl Who Takes an Eye for an Eye.