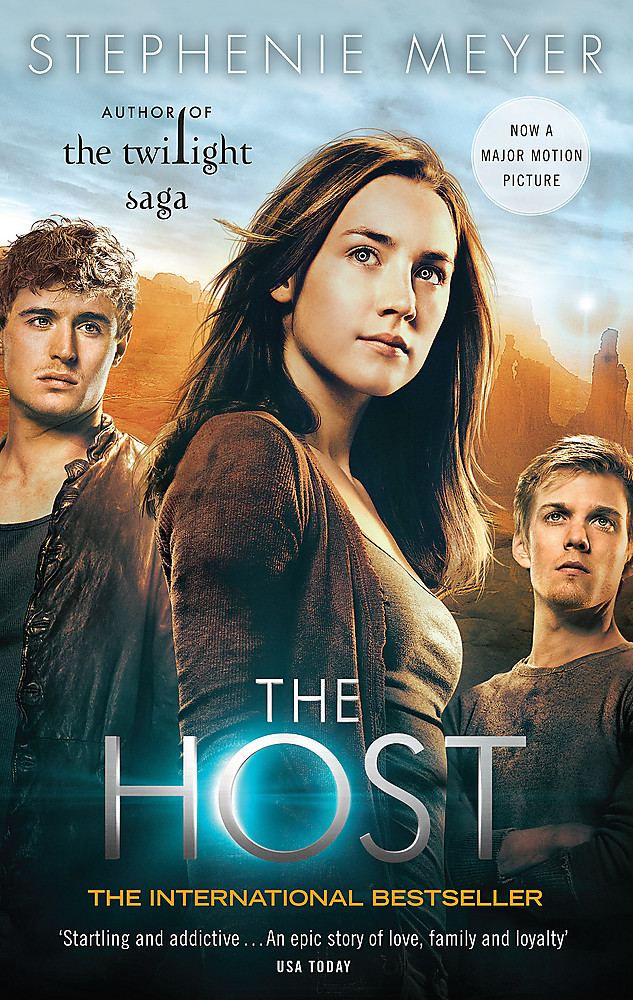 The Host Film Tie In

Melanie Stryder refuses to fade away. The earth has been invaded by a species that takes over the minds of their human hosts while leaving their bodies intact, and most of humanity has succumbed.

Wanderer, the invading 'soul' who has been given Melanie's body, knew about the challenges of living inside a human: the overwhelming emotions, the too-vivid memories. But there was one difficulty Wanderer didn't expect: the former tenant of her body refusing to relinquish possession of her mind.Melanie fills Wanderer's thoughts with visions of the man Melanie loves - Jared, a human who still lives in hiding. Unable to separate herself from her body's desires, Wanderer yearns for a man she's never met. As outside forces make Wanderer and Melanie unwilling allies, they set off to search for the man they both love.

Stephenie Meyer graduated from Brigham Young University with a degree in English Literature, and she lives with her husband and three sons in Arizona. She is the author of international bestsellers TWILIGHT, NEW MOON, ECLIPSE, BREAKING DAWN and THE HOST.