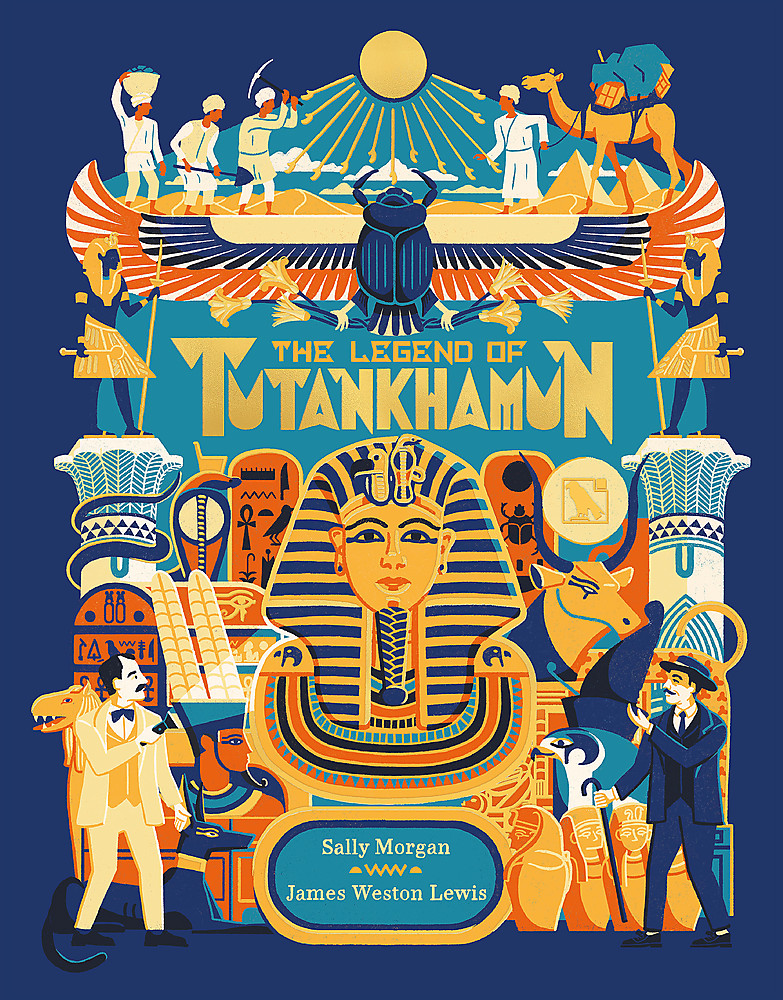 The Legend of Tutankhamun

<font size="+1">A young king... a lost tomb... and a treasure trove of unimaginable splendour... </font>The Legend of Tutankhamun is a sumptuous visual retelling of the story of one of the most well-known Egyptian pharaohs. More than 3,000 years ago, a young boy became King in ancient Egypt and his life, death and final resting place is something that has fascinated people ever since. Readers are taken on a dramatic journey, from the deserts of ancient Egypt to the excavation of Tutankhamun's tomb and the artefacts on show today. As the pages turn, you can witness the passing of a great King, his tomb being lost to the sand dunes, and its thrilling rediscovery. Powerful and vivid illustrations by James Weston Lewis bring the history, discovery and treasures of this young boy and his reign to life.

Sally Morgan has written more than 20 well-loved books for children on subjects including history, science and emoji. Sally loves writing children's books and thinks it is the best job in the whole wide world. She also LOVES reading children's books. Sally does not like taking books back to the library, clowns or being startled by loud noises. When not reading, writing or researching what a pharaoh will need in the afterlife or how to make a periwig out of paper, Sally can be found bimbling around Minnesota, USA with her husband and two children.James Weston Lewis (Illustrator) Born in Bath, James moved to Oxfordshire when he was 5 where he grew up in a small village. He did an Art Foundation degree at Oxford Brookes University and then moved to Bristol to study Illustration at the University of the West of England, where he specialised in Print. James now lives in Lewisham in South London. His first book, The Great Fire of London, was longlisted for the CILIP Kate Greenaway Medal