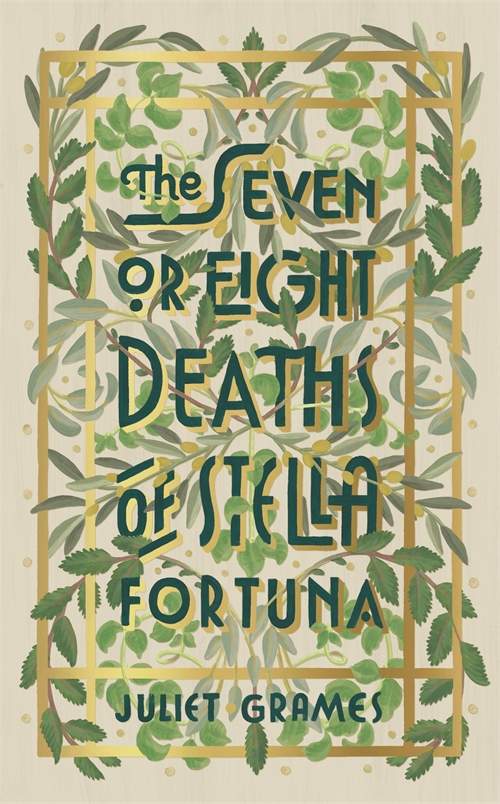 The Seven or Eight Deaths of Stella Fortuna

A stunning novel about one extraordinary family's deep-buried secrets

Mariastella Fortuna, known as Stella, was born into rural poverty in a Calabrian village in the early 20th century. After being abandoned by their father, who left to seek his fortune in L'America, Stella grew up with her beloved mother Assunta, her brothers Giuseppe and Luigi and her sister Tina. Tough, vivacious, and fiercely loyal, the sisters were inseparable, going on to support each other through immigration, marriage, children, loss - and the seven (or eight) near-death experiences Stella suffered throughout her life.

Beginning in their childhood with the time she was burned by frying oil, Assunta became convinced that her eldest daughter was cursed, a victim of the Evil Eye or a malevolent ghost. But after Stella woke up from 'The Accident', an eighth brush with death, it was Tina who she refused to speak to. Now the sisters have not spoken in thirty years. Determined to solve the mystery of this falling out, it's up to the family historian to connect the inexplicable dots in Stella's dramatic story, and to suggest, redemption of the battle-scarred and misunderstood woman who has lived her life with a fire inside her which could not be put out.'A compulsive, huge-hearted novel about family, home and how women move through the world; you don't read this book, you live it.' Erin Kelly, author of HE SAID / SHE SAID