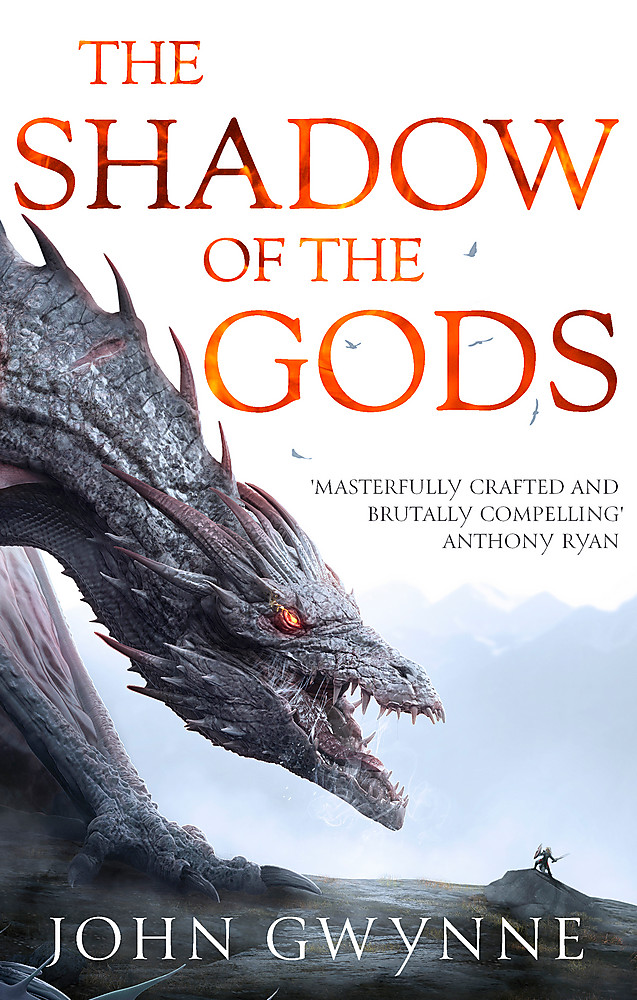 The Shadow of the Gods

<font size="+1">THE GREATEST SAGAS ARE WRITTEN IN BLOOD. </font>A century has passed since the gods fought and drove themselves to extinction. Now only their bones remain, promising great power to those brave enough to seek them out.As whispers of war echo across the land of Vigrio, fate follows in the footsteps of three warriors: a huntress on a dangerous quest, a noblewoman pursuing battle fame, and a thrall seeking vengeance among the mercenaries known as the Bloodsworn.All three will shape the fate of the world as it once more falls under the shadow of the gods.<font size="+1">Set in a brand-new, Norse-inspired world, and packed with myth, magic and bloody vengeance, The Shadow of the Gods begins an epic new fantasy saga from bestselling author John Gwynne.Further praise for The Shadow of the Gods'Visceral, heart-breaking and unputdownable' Jay Kristoff'A satisfying and riveting read. The well-realised characters move against a backdrop of a world stunning in its immensity. It's everything I've come to expect from a John Gwynne book' Robin Hobb 'A masterclass in storytelling . . . epic, gritty fantasy with an uncompromising amount of heart' FanFiAddict'Quintessential Gwynne honed to perfection . . . The Shadow of the Gods is absolutely stunning, one hell of an epic series opener and a spectacular dose of Viking-flavoured fantasy' The Tattooed Book Geek'Reminds me of all that I love in the fantasy genre. The Shadow of the Gods is an action-packed cinematic read' Fantasy Hive </font>